In 1800, Dublin was one of the largest and most impressive cities in Europe. The city’s town houses and squares represented the pinnacle of Georgian elegance. Henrietta Street was synonymous with this world of cultural refinement, being one of the earliest and grandest residential districts in Dublin. At the end of the eighteenth century, the street was home to some of the most powerful members of the Anglo-Irish Ascendancy. Yet, less than a century later, Dublin had been transformed from the playground of the elite, into a city renowned for its deprivation and vast slums. Despite once being ‘the best address in town’, by 1900 almost every house on Henrietta Street was in use as tenements, some shockingly overcrowded.

How did this happen? How did a location like Henrietta Street go from a street of mansions to one of tenements? And what was life like for those who lived within the walls of these houses? This is a story of adaptation, not only of buildings but of people. It is a story of decline but also of resilience. Spectral mansions charts the evolution of Henrietta Street over the period 1800 to 1914. Commencing with the Act of Union and finishing on the eve of the First World War, the book investigates the nature and origins of Dublin’s housing crisis in the nineteenth and early twentieth centuries. Commissioned by Dublin City Council Heritage Office in conjunction with the 14 Henrietta Street Museum, the book uses the story of one street to explore the history of an entire city.

Timothy Murtagh holds a PhD from Trinity College Dublin. Since 2015, he has acted as a historical consultant to the 14 Henrietta Street museum, as well as being a committee member of the Dublin Historical Research Network. 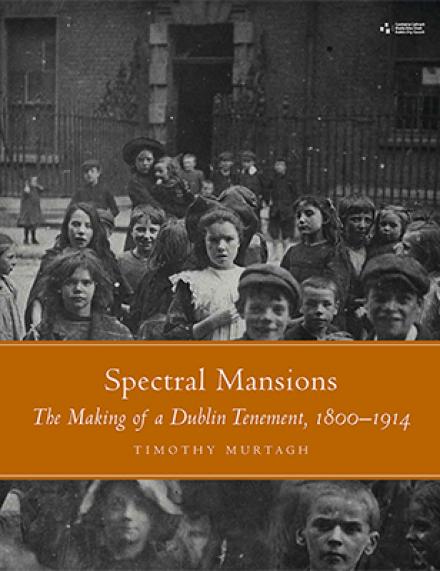