This book provides an illuminating and unique analysis of the political rivalry between all the major parties during Ireland’s revolutionary years. Politicians, propagandists and their voluntary supporters instigated forceful election campaigns to promote ideologies and influence the minds of ordinary people. The goal was victory at the ballot box during the by-elections, general elections and local government elections of this era. Callinan places her study within the wider contexts of the modernization of propaganda during the Great War and the expansion of consumerism to conduct an examination of election activity – from candidate selection and fundraising to door-to-door canvassing, and everything in between. Running alongside war and revolution were the political struggles, and they equalled any of the military upheavals that transformed politics in Ireland.

Elaine Callinan obtained her PhD at Trinity College Dublin, and is a lecturer in modern Irish history at Carlow College, St Patrick’s. 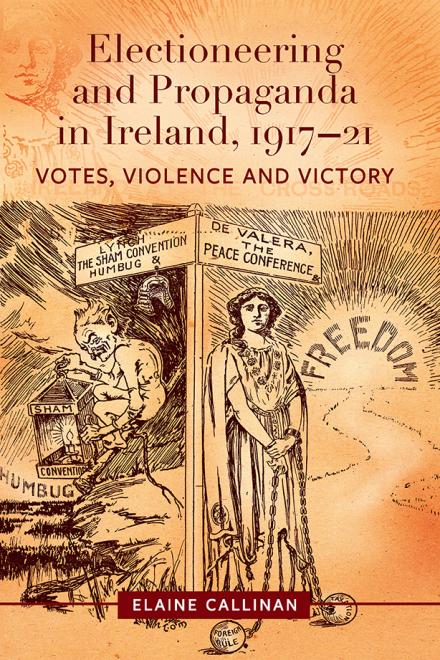