Using a wide variety of sources in Ireland and Britain, Patrick McGarty has produced an absorbing, comprehensive and insightful exploration of County Leitrim during the Irish Revolution. This wide-ranging study details social, political, cultural and military developments from the introduction of the ill-fated third home rule bill in 1912 through the First World War, Irish War of Independence and Civil War. The decade witnessed extraordinary upheaval and unrest at both a national and a local level. In Leitrim there was a decisive political transformation with the collapse of the Irish Parliamentary Party and the unprecedented rise of Sinn Féin. McGarty pays close attention to how various modes of resistance were deployed first against British rule and after the Anglo-Irish Treaty of 1921 against the pro-Treaty Irish government. These included political violence and widespread campaigns of boycott and intimidation and this study provides new insights on the nature and implications of both republican and state violence. McGarty offers a novel and compelling account of the Irish Revolution in a so-called ‘quiet’ county.


Patrick McGarty is a Senior Lecturer in the School of Health and Social Sciences at the Institute of Technology Tralee. A native of Mohill, County Leitrim, he has lectured extensively on Leitrim in the 1912-23 period. 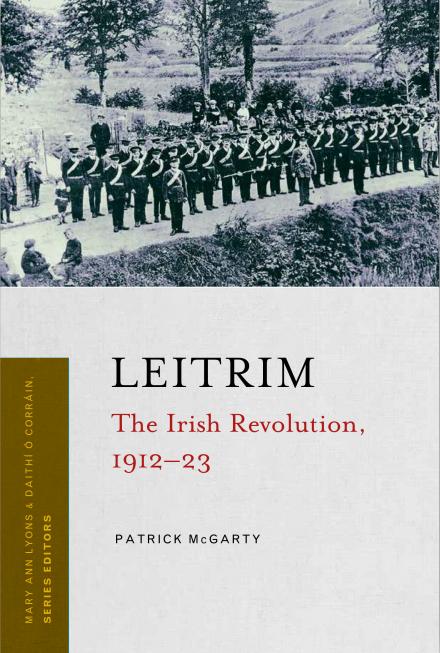