This study explores the learned Gaelic families (poets, historians and physicians) and the context in which they lived. A wide-ranging survey, it looks at the landholdings and structures of individual learned families that were settled in Thomond during the late medieval period. Topics explored include the ‘production of knowledge’ as a way of legitimizing the social hierarchies and landholdings of their powerful patrons. Different types of cultural power are explored, especially how they were used by the Gaelic elite, who employed the learned class to not only preserve genealogies, dispense law and provide advice, but also to promote their interests in a variety of ways. Other topics include the remarkably cohesive esprit de corps shared by the learned families, and the type of networks these families engaged in to sustain learning. The book directs attention to the range of onomastic, archaeological and literary materials that can help build up a picture about the Gaelic men of learning.

Luke McInerney is an independent researcher with a particular interest in the late medieval history of Gaelic Ireland. He is the author of Clerical and learned lineages of medieval Co. Clare: a survey of the fifteenth-century papal registers (Dublin, 2014) and is an active contributor to history journals. 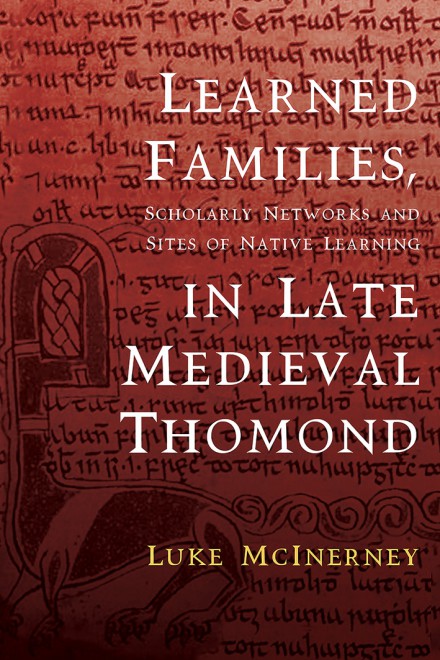