Gaelic Ulster in the Middle Ages

Nowadays, medieval Gaelic Ulster is virtually invisible. Physical evidence from the four centuries stretching between the invasion of the Anglo-Norman baron John de Courcy and the Plantation is rare. Although it left little physical trace, Gaelic Ulster was once a vigorous, confident society, whose members fought and feasted, sang and prayed. It maintained schools of poets, physicians, historians and lawyers, whose studies were conducted largely in their own Gaelic language, rather than in the dead Latin of medieval schools elsewhere in Europe. This monumental book explores the neglected history of Gaelic Ulster between the eleventh and early sixteenth centuries, and sheds further light on its unique society. The first section, ‘Political History’, provides the reader with a chronological narrative, showing the influence of internal and external political change on the Ulster chieftains, while also illustrating how this northern province related to the rest of Ireland. The second section, ‘Culture and Society’, aims to depict the world of Ulster during the Middle Ages. It delves into the ‘plain living and high thinking’ of its somewhat enigmatic society, operating largely independently of towns or coinage, describing in its turn its chieftains, churchmen, scholars, warriors, court ladies and other women, and the amusements and everyday life of the people.

Katharine Simms lectured in medieval history at Trinity College Dublin until 2010. She has written From kings to warlords: the changing political structure of Gaelic Ireland in the later Middle Ages (Woodbridge, 1987), Medieval Gaelic sources (Dublin, 2009), and many articles on Gaelic Ireland. 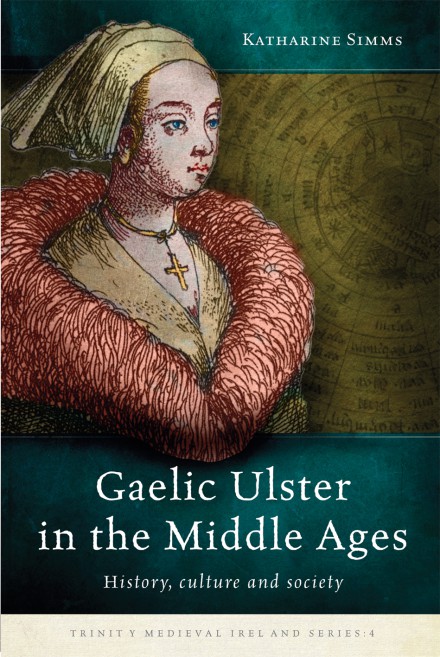