Designed to be different

Dublin City University has grown rapidly from its origins as the National Institute for Higher Education, Dublin, which opened its doors in November 1980 to admit 191 students. Established to address a major deficit in the technological skills of Irish graduates, NIHE Dublin emerged from a wide-ranging review of the third level sector during the 1960s and 1970s. The path to university status in 1989 during a time of economic crisis was not smooth, requiring strong leadership, vision and a dedicated staff. Over the ensuing thirty years DCU has evolved into one of the most successful young universities in the world, widely recognised for its educational innovation and deep engagement with local, national and international communities and networks. Today the university has more than 17,000 students across three academic campuses in the north of the city, incorporating three formerly independent colleges. This book chronicles the landmark achievements and many challenges faced by the university over four decades, placing them within the wider context of Irish higher education. The development of DCU’s pioneering curriculum is examined, alongside key milestones such as the introduction of socially innovative education strategies for widening access to higher education, the transformative support received from Atlantic Philanthropies, and the evolution of the university’s infrastructure on the old Albert Agricultural College campus in Glasnevin.


Eoin Kinsella is Assistant Editor with the Royal Irish Academy’s Documents on Irish Foreign Policy project. He is a graduate of University College Dublin and the author of Leopardstown Park Hospital, 1917–2017: A Home for Wounded Soldiers (2017) and Catholic Survival in Protestant Ireland, 1660–1711 (2018). 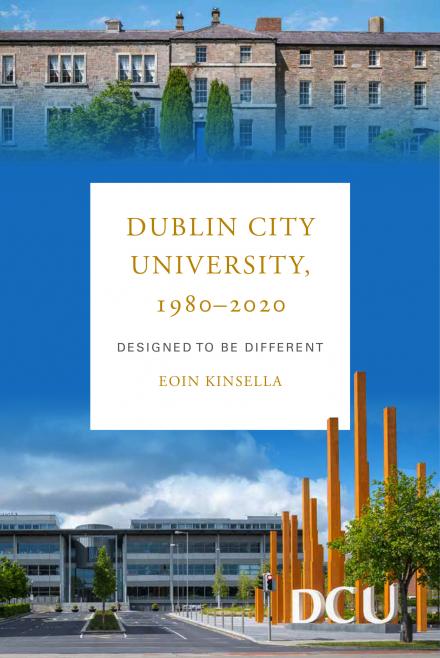