Crime and punishment in nineteenth-century Belfast

The story of John Linn

During the first half of the nineteenth century, thousands of Irish men and woman were transported as convicts to Britain’s penal colonies in Australia. Few, however, possessed back stories as intriguing as that of the Belfast-man John Linn. Sentenced to a term of seven years’ transportation in 1838, Linn was an infamous figure. A parricide, he had violently killed his father in August 1832, but was judged to have been insane and placed in the Belfast Lunatic Asylum, from where he escaped in November 1835. Recaptured the following year, Linn was then placed in Carrickfergus Gaol, where he was discovered to be at the head of an escape conspiracy among the inmates and was convicted of ‘administering unlawful oaths’. A microhistory of crime and punishment in nineteenth-century Belfast, this study reconstructs Linn’s story in detail and places him in his contexts, shedding light on the society he inhabited, the institutions tasked with managing him and the ways in which his story was remembered and retold in the years following his departure from Ireland.

Jonathan Jeffrey Wright lectures in British history at Maynooth University. His previous publications include An Ulster slave-owner in the revolutionary Atlantic: the life and letters of John Black (Dublin, 2019), The ‘natural leaders’ and their world: politics, culture and society in Belfast, c.1801–1832 (Liverpool, 2012), Spaces of global knowledge: exhibition, encounter and exchange in an age of empire (edited with Diarmid A. Finnegan) (London, 2015) and Representing Belfast’s Past (edited with Raymond Gillespie) (Dublin, 2021). 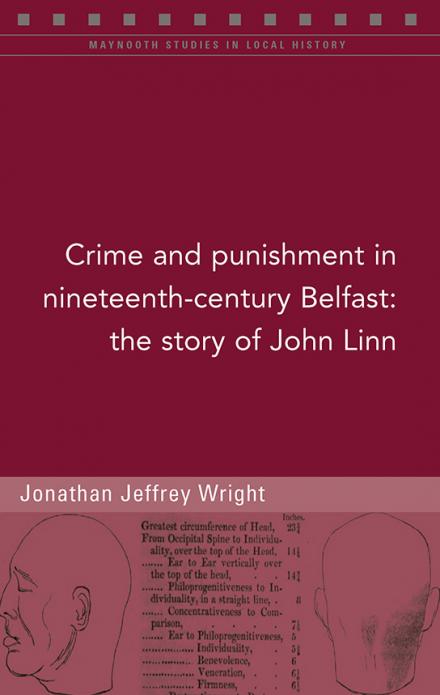