The origins of an Ulster Plantation town

This book charts the plantation town of Belturbet from its inception in the early seventeenth century up to the early eighteenth century. It was a period of profound change, destruction and renewal, and was home to many remarkable people such as its founder, Sir Stephen Butler, and the famous Church of Ireland clergyman, John Richardson. As well as focusing on the formation of the town itself, this case study examines the experiences of the people of Belturbet during the initial settlement period, throughout the violence of the 1640s and again later on in the century. The religious tensions evident in Belturbet and the sometimes unsuccessful attempts by the town corporation to impose its authority there are also discussed.

Brendan Scott holds a PhD in early modern Irish History and is the author of a number of books and articles dealing with religion, trade and society in sixteenth-and seventeenth-century Ireland. 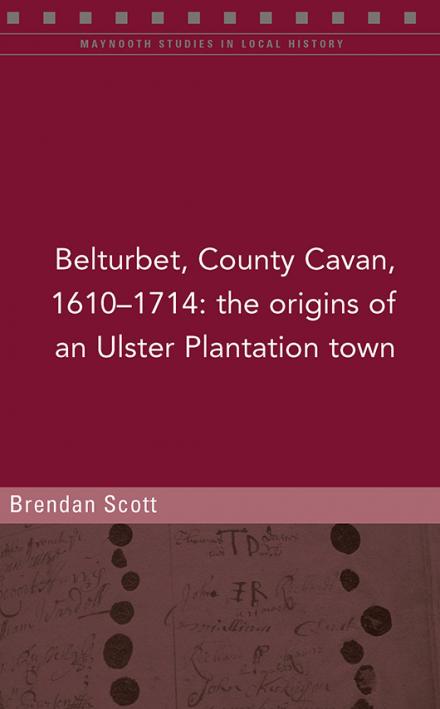