King-maker, land-grabber, wronged husband and vengeful man of honour — just some of the popular views of Tigernán Ua Ruairc (died 1172), the long-lived king of Bréifne (modern Cavan-Leitrim).  He is so bound up with a narrative of the English invasion of Ireland that pivots around the abduction of his wife, Derbforgaill, that it is often forgotten he was also a successful king, who ruled for fifty years and presided over a rapid expansion of his kingdom at the expense of his neighbours.

This study aims to reveal a king at work, by analysing a substantial grant of land in modern Co. Meath (stretching from Dulane to Slane) that Tigernán made to the church of Kells, which was originally recorded in the famous Book of Kells. His donation offered him political and military advantages, as well as an obvious outlet for his piety. In exploring medieval Irish kings’ use of land and their property-related relationships with the church, we gain an insight into why it was possible for contemporaries to hail Ua Ruairc, on his death, as ‘a man of great power for a long time’.

Denis Casey is a graduate of University College Dublin and the University of Cambridge. He has taught medieval and early modern history, literature and manuscript studies at the universities of Maynooth, Helsinki, Cambridge and UCD. 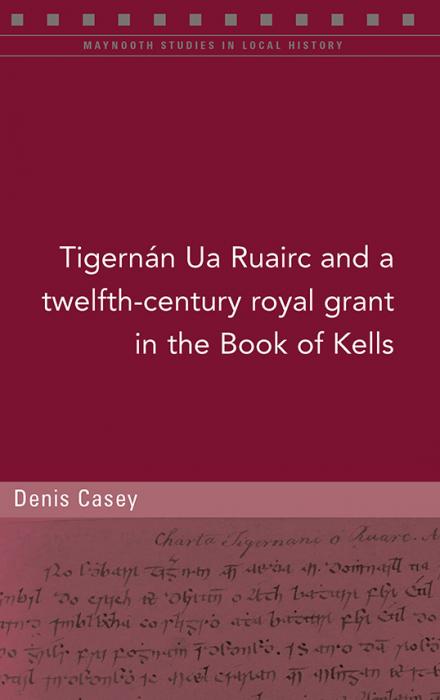