The reminiscences of Ignatius O'Brien, Lord Chancellor of Ireland, 1913-18

A life in Cork, Dublin and Westminster

Ignatius O’Brien was the youngest son of a struggling Cork business family. After somewhat unhappy experiences at a Cork Vincentian school and the Catholic University of Ireland, he studied to become a barrister while supporting himself as a reporter on Dublin newspapers. Over time he built up a reputation in property and commercial law, and an ultimately successful career led to him being appointed a law officer and later lord chancellor under the post-1906 Liberal governments.

O'Brien avoided party politics, but was a moderate home ruler who attributed the troubles besetting relations between Britain and Ireland to a failure to implement moderate reforms in time. After being created Baron Shandon on his removal as lord chancellor, he moved to England, where as a member of the House of Lords he was involved in various peace initiatives.

His reminiscences of and reflections on the relatively self-contained world of mid-Victorian Cork, of student and journalistic work and play in Land War Dublin, of the struggles of an aspiring barrister on circuit and of the declining years of Dublin Castle, provide new insights into Irish life in the closing decades of the union. He also gives his impressions of prominent contemporaries, including Charles Stewart Parnell, Edward Carson and Lord Chief Justice Peter O’Brien (“Peter the Packer”).

The publication, part of the Irish Legal History Society series, of this important memoir is accompanied by detailed notes and commentaries on its legal and political context by Daire Hogan and Patrick Maume.

Daire Hogan is a solicitor and former president of the Irish Legal History Society. Patrick Maume is a researcher with the Royal Irish Academy’s Dictionary of Irish Biography, who has published extensively on nineteenth- and twentieth-century Irish history. 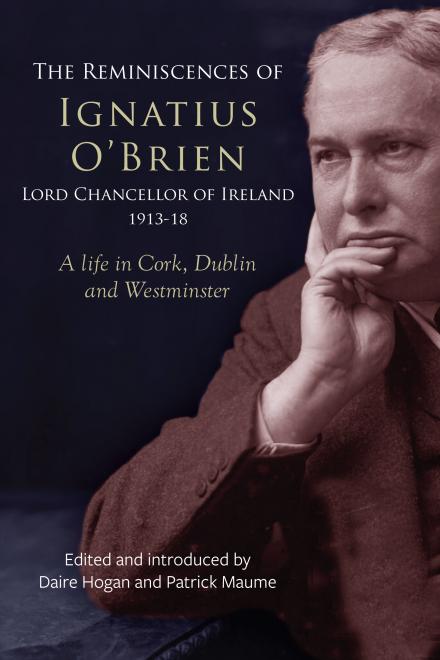