The Mansion House and the Irish Revolution

'Mac Donncha has brought together in this book the key events that happened in the Mansion House in those tumultuous years. He has done so with an inter-mixture of text and illustration. The work is attractively printed and produced, and its range of photographs from the period includes some seldom seen ... An unusual feature of this fascinating book is that the story is told in English for the first 69 pages, and then, if one turns the book around, the story is re-told in Irish, but with additional photographs', Thomas J. Morrissey, Irish Catholic (June 2019).

'The author ... concentrated on providing an excellent and easily readable overview of the role of the building, its resident Lord Mayors and the City Council in the events that shaped Ireland's destiny between 1912 and 1923. The Mansion House hosted many important meetings and events throughout the past 310 years, however, none more significant to development of modern Ireland than the first meeting of Dáil Éireann on January 21st 1919 when Ireland's 'Declaration of Independence'  was adopted as endorsing the 'Proclamation of the Republic'  at Easter 1916. The Mansion House, as this book illustrates, is much more than simply the residence of Dublin's First Citizen, it is to Ireland what Independence Hall in Philadelphia is to all Americans - the birthplace of liberty.', Ireland's  Genealogical Gazette.

'This book ... is beautifully printed to a very high quality and rendered both in English and Irish in a single binding ... The book is lavishly illustrated, making excellent use of the Dublin City Library and Archive photographic collections, the Irish Worker newspaper, the Kilmainham Gaol Museum, the Military Archives and Irish Independent archives ... Mac Donncha is at his best when chronicling the anecdotes of the building itself and the idiosyncrasies of its inhabitants over the revolutionary period', Ross Higgins, Journal of the Irish Society for Archives 2019 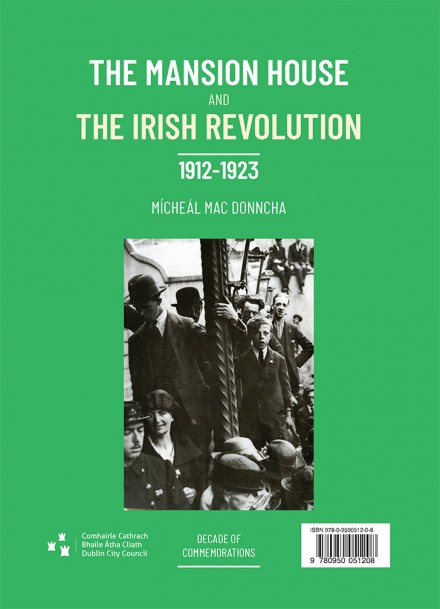 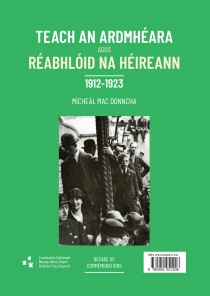