How did Ireland travel from the glorious Proclamation of 1916, with its promise of equality and universal citizenship, to the conservative constitution of 1937, which allowed for only a domestic identity for women? This book is a study of that journey, an overview of how specific pieces of legislation worked together to create an unequal state. Through an analysis of this legislation, which restricted women’s political and economic rights, and the gender ideology it revealed, this book looks at how the promise of the revolution was thwarted and denied. In so doing, it examines the roles of women and women’s organizations in this journey from equality to inequality and how women’s citizenship was conceptualized.

The triumph of conservatism was the result of a myriad of circumstances, the treaty that ended the Anglo-Irish War, the Civil War, and the influence of the Catholic church. Perhaps most significant was the persistence of patriarchy, which ensured the temporary success of a Catholic church-controlled, male-dominated, traditional society in which women’s quest for unfettered citizenship and a free and equal role in the public sphere was hindered and obstructed. From this unfinished revolution, however, emerged a vibrant twentieth-century feminist movement that contributed to an evolving, liberal, democratic state.

Maryann Gialanella Valiulis is a fellow emerita of Trinity College Dublin. She was director of the Centre for Gender and Women’s Studies, TCD, from 1994 to 2012. Valiulis is the author of the award-winning biography of Richard Mulcahy, Portrait of a revolutionary (Dublin, 1992). She has published extensively in Irish history, including editing The Irish Journal of Feminist Studies. 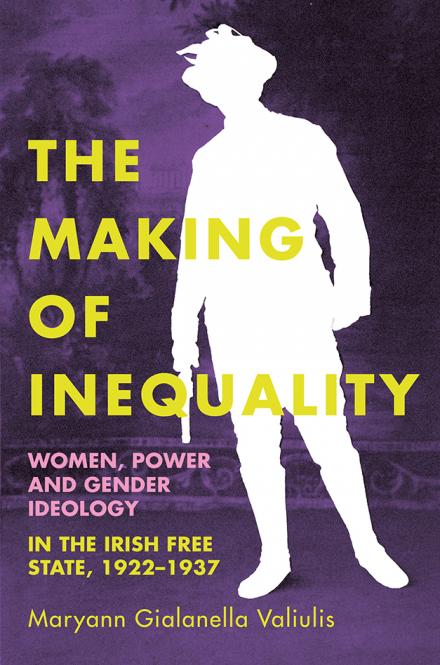