This book examines the fortunes of a provincial entrepreneurial family, the Glynns of Kilrush, Co. Clare, who came to local prominence in the early years of the nineteenth century. It explores their networking strategies and acumen, and traces the rapid expansion of their business activity from small-scale corn millers to proprietors of several enterprises including shipping concerns and railways.

The Glynn family and their businesses are placed within the wider context of networks developing between the urban, provincial and metropolitan industrial class, networks that helped shape Irish society and its economy in the long nineteenth century. The family is discussed primarily from a social point of view, while their business and trade enterprises are also explored.

The book addresses the issue of middle-class identity, examining the ways in which it was constructed and represented to the wider community. It also explores the mechanisms used by the middle classes to establish and maintain their economic, social and cultural hegemony, and how these were reproduced down the Glynn generations.

Paul O’Brien received his doctorate from the Department of History at Mary Immaculate College, University of Limerick, where he lectures in the Academic Learning Centre. In 2016, he was a research fellow at Centre Culturel Irlandais, Paris. He is a recipient of the Military Heritage Trust of Ireland award for his research into recruitment practices during the First World War. 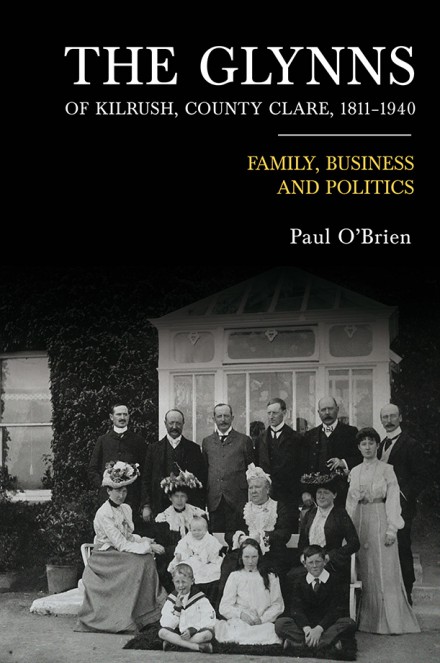