From Árainn to the silver screen

“Seanchai (storyteller) and unlikely leading man Seáinín Tom Ó Dioráin (early 1870s-1939) gazes out at the reader with an enigmatic smile from the cover of Tomás Ó hÍde’s meticulously researched work of film history and folklore scholarship … [The book] collects the recorded stories and other folklore of Ó Dioráin, and it pays particular attention to one piece of that folklore: his performance of the story “Máirtín Mac Conraoí” in the film Oidhche Sheanchais, the first sound film in the Irish language, which was sponsored by the Irish government and directed by pioneering American documentarist Robert Flaherty in 1934 during the final stage of the production of Man of Aran. Long thought lost, Oidhche Sheanchais was rediscovered at Harvard University in 2012. After restoration, it was shown at several film festivals and other special events in 2014 and 2015 and by the Irish-language broadcaster TG4 in 2016 ... The book is fully accessible to readers with little or no Irish, all tales and virtually all other Irish texts being translated by the author … Ó hÍde demonstrates a very impressive handling of sources throughout, not only tracking down so much of Ó Dioráin’s previously unpublished folklore at the NFC in the long chapter 8 but also in reconstructing in chapter 7 Oidhche Sheanchais’s reception following its eventual release in cinemas in Ireland in March 1935. That opening had none of the ceremony of the premiere in May 1934 of Man of Aran, which was attended by significant members of the Irish government, along with Flaherty and his cast. While his image briefly flashed on the silver screens of Dublin and Cork, Seáinín Tom Ó Dioráin remained in Inishmore.” Denis Condon, Estudios Irlandeses: Electronic Journal of the Spanish Association for Irish Studies (AEDEI)

"This book examines the extraordinarily rich repertoire of Seáinín Tom Sheáin, a traditional Irish storyteller from the Aran Islands skilled in the ancient Gaelic artform of 'seanchas' and shares forty-two pieces of folk narrative collected from him in the 1930s ... An important work for many disciplines.",  Ireland's Genealogical Gazette, (September 2019).

"This is the charming story of how the eleven minute film Oidhche Sheanchais (1935) thought to be lost, was shared for the first time in eighty years with audiences in 2015. The book focuses less on the film and more on the repertoire of the main actor, the storyteller, Seáinín Tom Ó Dioráin 91870s-1939) from the Aran Island", The Avondhu (2019). 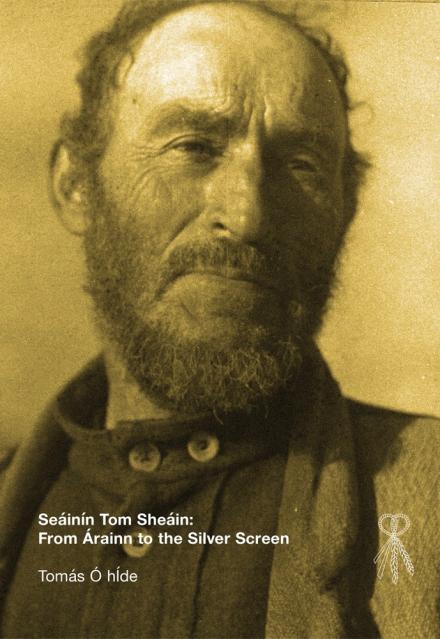