A County Wexford Ascendancy house saved twice by rebel intervention, in 1798 and 1922, Monksgrange tells a compelling story of Irish history from the eighteenth to twentieth centuries. Its people were not ordinary. One landlord had fought against slavery in the American Civil War, another was a novelist and another was an agricultural reformer and senator in the independent Irish state. The eminent historian of medieval Ireland G.H. Orpen lived at Monksgrange, and a beautiful garden was created in the Arts and Crafts style. The furniture for Dublin’s Country Shop was made there, and a carp pool built by the Cistercians in the thirteenth century still attests to the property’s much earlier history. This book illuminates important aspects of Irish history and chronicles how this talented and unconventional family experienced and survived the many vicissitudes of Irish life over two centuries. A postscript shows how the house continues to play a positive role in contemporary Irish life.

Philip Bull is the author of Land, politics and nationalism: a study of the Irish land question (Dublin, 1996). He is adjunct professor in history at La Trobe University, Melbourne and an associate research fellow at the Centre for the Study of Historic Irish Houses and Estates at Maynooth University. 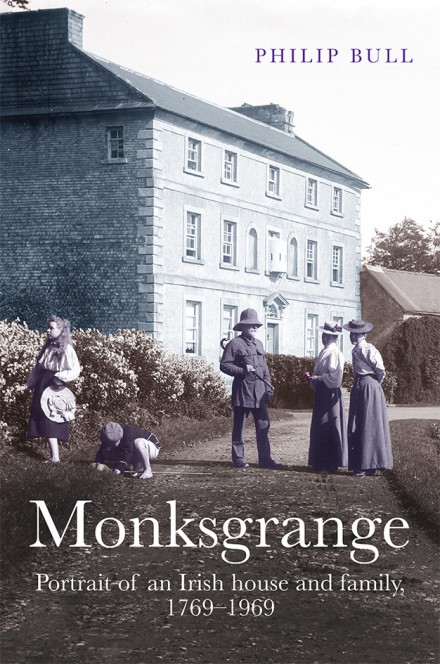