This is the first comprehensive account of County Louth’s experience of the revolutionary period (1912–23), revealing a county with a strong industrial and agricultural base that faced serious challenges stemming from declining population, large-scale unemployment and extensive poverty. Although overwhelmingly nationalist, Louth’s political activists were bitterly divided until the foundation of the Irish Volunteers in 1913. The First World War split the Volunteers. The majority sided with Redmond and, in late summer 1914, these volunteers, with bands playing and flags flying, saw off many of their comrades to fight in the First World War. The Irish Volunteers, which opposed the war, remained few in number but took part in the 1916 Rising. As the militancy of 1916 faded, the IRA in Louth was widely criticized for its relative inactivity during the War of Independence while Sinn Féin struggled to gain political control in the face of strong nationalist opposition. By 1922, the county was central to the Provisional government’s campaign to destabilize Northern Ireland, which witnessed many atrocities. During the Civil War, Louth experienced extensive violence, including streetfighting, ambushes, assassinations, executions and house burnings. When peace was restored, Louth emerged from a decade of instability more divided than ever, cut off by partition from its natural hinterland in Ulster, and facing an uncertain future.

Donal Hall holds a PhD in history from Maynooth University, and is the author of World War I and nationalist politics in County Louth, 1914–1920 (Dublin, 2005). 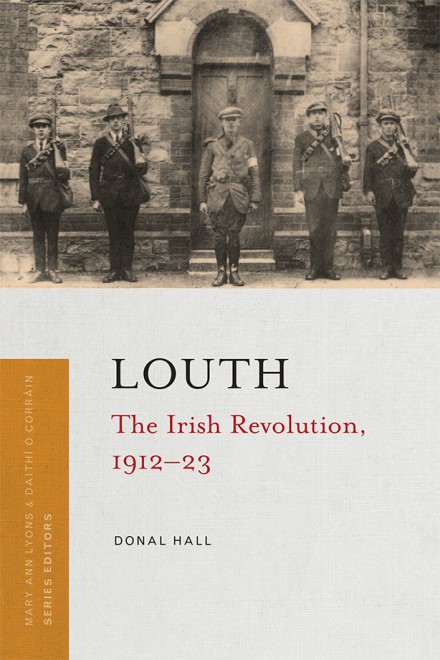