Landholding in the new English settlement of Hacketstown, Co. Carlow, 1635–1875

The new Protestant settlement in the lordship of Clonmore, centred around Hacketstown, proved resilient to the 1641 rebellion and attracted investment, including by Dublin bureaucrats and landed and military figures. Entrepreneurial Catholics turned to trade in response to the penal laws. Unusually, in the period 1852–74 most leaseholders, including Catholics, achieved security of tenure, subject to fixed rents. In 1874–5, Henry Parnell (brother of Charles Stewart), owner of the lordship, had the Landed Estates Court auction its heavily encumbered 13,000 acres which were purchased, piecemeal, mainly by large-scale local landowners, sitting tenants and Dublin-based professionals.

Oliver Whelan, a retired Director of the National Treasury Management Agency, was awarded an MA in Irish history by Maynooth University in 2016. He is currently studying for a PhD at Maynooth University, researching the struggle between landlords and tenants for the ownership of land in late 19th- and early 20th-century Carlow. 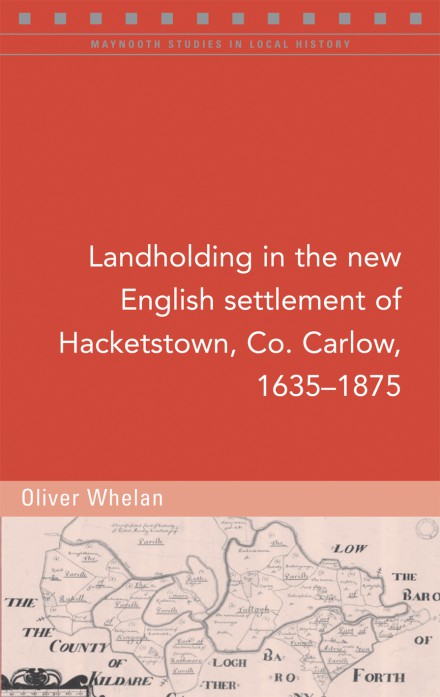