The decline and fall of the human condition

“Rebecca Ziegler’s J.G. Farrell’s Empire Novels: The Decline and Fall of the Human Condition offers an exceptionally well researched and highly readable treatment of a writer who is, at long last, getting his due among scholars ... Ziegler’s engaging study encourages a thorough reading of this rewarding novelist. The book is uniformly interesting, attends to all of Farrell’s Empire novels in deeply detailed and incisive ways, and offers a diverse array of thematic and biographical context for her reading of Farrell … The book is genuinely indispensable to critics working on Farrell, and those who teach his fiction will also find much that is useful in Ziegler’s account. The discussion offered here is wide ranging, well informed, and dense without being abstruse or obscure. There is much to recommend in this timely treatment of this increasingly important writer.”. Robert Brazeau, Irish Studies Review

'[Ziegler's] central argument is that the “Empire” novels – Troubles, The Siege of Krishnapurand The Singapore Grip, as well as the incomplete Hill Station – are concerned far less with the throes of Empire than with Farrell’s personal and pessimistic view of the human condition. She builds her case fastidiously, refusing to be sidetracked from her theme [...]

Her patient, meticulous analysis throughout is as perceptive as it is generous. She might have ignored, or laid claim to, scholarly work already carried out, but instead she welcomes, with exact attribution, each commentator (her word) whom she credits as having contributed to the thinking behind this book. A glance at the bibliography alone reveals over 150 names, proving the impact of the expanding Post-Colonial sector in the number of critical books and studies now in print. It is the inclusiveness of her approach – the spirit infusing the whole book, as Farrell might, perhaps, have put it – that makes it so valuable for scholars, wherever they happen to be studying, both now and in future [...]

What would Jim Farrell himself think of all this international probing and analysis? [...] I imagine he might even tip his hat, metaphorically, to Rebecca Ziegler, in recognition of the diligence and respect behind her work. Her intelligent book is both a tribute and a triumph', Lavinia Greacen, Irish Times (February 2019).

'This is a superb book, well-researched, drawing with telling and focused effect upon the extensive Farrell archive in Trinity College Library and displaying a thorough knowledge of Farrell’s best-known series of novels [...] Professor Ziegler has produced a first-rate study of Farrell. She has given us what we need to know about the constituents of his fiction and the various means by which this greatly missed writer produced such lasting and effective prose. Her book will be a point of reference, a hugely resourceful means by which a new generation can learn about Farrell the technician but also discover what it means and what it takes to write fiction of this order [... A] valuable and inspiring study', Gerald Dawe, Dublin Review of Books (2019). 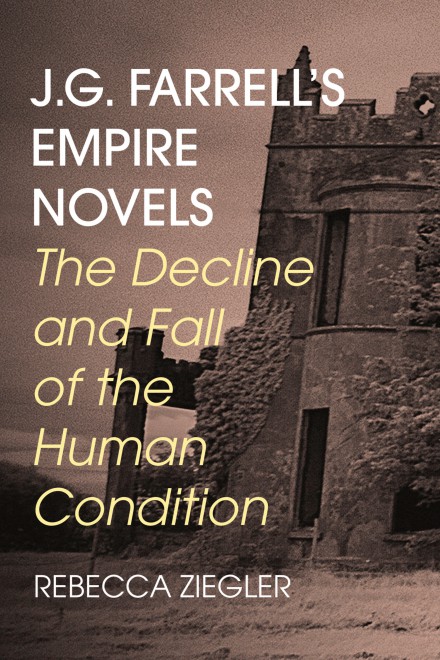