The publication of this collection of new essays, introduced by the Most Revd Dr Richard Clarke, archbishop of Armagh and Primate of all Ireland, marks the 150th anniversary of Disestablishment, and tells the story of major aspects of the life of the church in the past half-century - a period of remarkable societal, political and ecclesial change including, notably, the ordination of women to the three orders of ordained ministry within the church of Ireland.

For three centuries following the Reformation the Church of Ireland was the ‘established church’ (state Church) of the country. This status was removed by the Irish Church Act of 1869 as part of Prime Minister W.E Gladstone’s policy to meet the grievances of Irish nationalists and thereby win their support for the Union with Great Britain, while at the same time addressing the resentment of other churches which objected to the privileged position enjoyed by an established church that could claim the loyalty of less than 12 per cent of the population.

The volume includes a diverse range of authorial voices from within the Church of Ireland' 'fold' and without it, both clerical and lay. Some essays are scholarly, yet in some cases conversational, while others take a historical perspective or are highly contextual and forward-looking.

Essays cover topics including the role of women in church ministry; the Anglican Communion; dialogue with other churches and faiths; the covenant relationship with the Methodist Church; architecture and art; pastoral care; theological training; the church and education in Northern Ireland and in Ireland; liturgy and worship; music in the life of the church; canonical and legal change; the Irish language; archives and publishing; and the church and media. 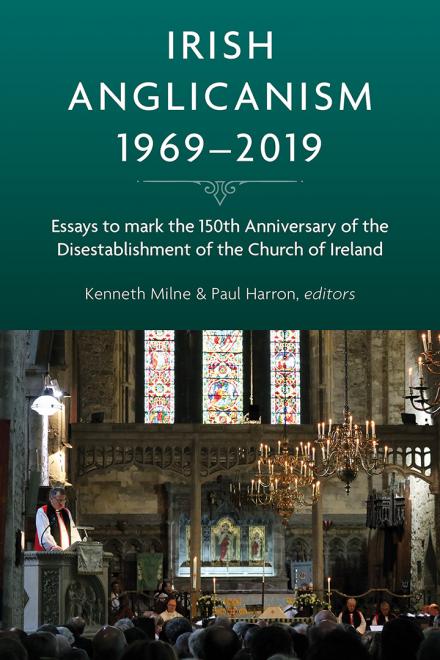