Almost a century after the publication of his magnum opus, Goddard Henry Orpen’s Ireland under the Normans remains a work of quite the most stupendous scholarship. Every monograph which has since appeared on this era of Irish history has paraphrased him, adjusted some of the details of his account, added some information where a new source has been unearthed, or sought to tell the same story in a different tone. His work cannot be superseded because it is the source and origin of the professional historiography of Anglo-Norman Ireland.

The Four Courts Press edition is completely reset, and published in one volume, with an introduction by Seán Duffy of the Department of Medieval History, Trinity College Dublin.

Goddard Henry Orpen was an accomplished historian of medieval Ireland. He was editor of The song of Dermot and the Earl: an Old French poem from the Carew manuscript no. 596 in the archiepiscopal library at Lambeth Palace (Clarendon Press 1892). He died in 1933. 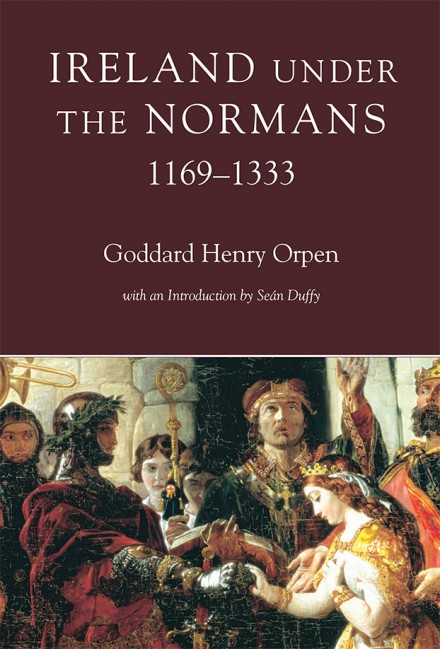