Éigse is devoted to the cultivation of a wide range of research in the field of Irish language and literature. Many hitherto unpublished texts in prose and verse ranging from Old Irish down to the modern language and including items from oral narration have appeared in its pages. It regularly includes important contributions on grammar, lexicography, palaeography, metrics and the history of the Irish language, as well as on a wide  variety of Irish literary topics. There is a special emphasis on all aspects of the study of the language and literature of Modern Ireland.

Liam Mac Mathúna is Professor Emeritus of Irish at University College Dublin. His extensive publications on Irish language, literature and culture include Béarla sa Ghaeilge (2007), a study of Irish/English code-mixing in literature composed in Irish 1600–1900, and a new edition of An tAthair Peadar Ua Laoghaire’s ground-breaking novel, Séadna (2011). He is editor of Éigse: A Journal of Irish Studies, which is published by the National University of Ireland. He is currently engaged in a study of the Ó Neachtain circle of Irish-language scholars in Dublin, 1700–1750, and the diaries of Douglas Hyde, 1874–1912, as part of a wider project researching the impact of modernity on Irish-speaking communities. 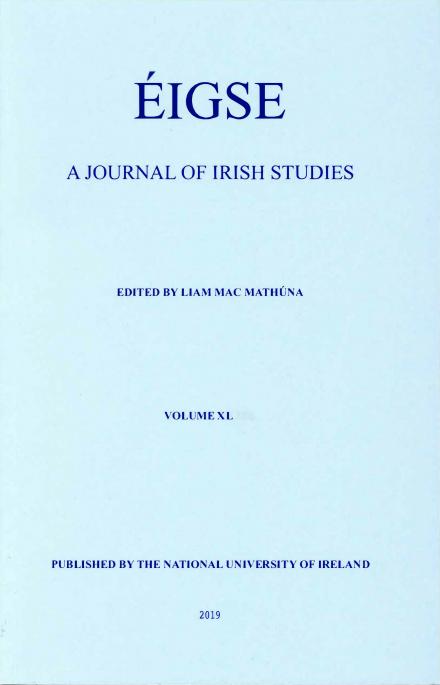