Carrick, Co. Wexford, is one of the most enigmatic and misunderstood medieval sites in Ireland. Built in the autumn and winter of 1169 by Robert Fitz Stephen, one of the first knights to land at Bannow Bay, Carrick is the oldest Anglo-Norman fortification in the country. The site developed as an important borough in the thirteenth century and it was home to one of the first Marshal castles in the south-east. It was also the site of one of Ireland’s earliest Anglo-Norman deer parks.

Over the centuries the site has passed in and out of public consciousness. Since 1987, it has been incorporated within the Irish National Heritage Park, which partnered with the Irish Archaeology Field School in 2018 to carry out a major archaeological research programme – ‘Digging the Lost Town of Carrig’. This volume details the results of the project to date, as well as select previous research at the site, and is published to coincide with a series of events to commemorate the 850th anniversary of both the site and the Anglo-Norman landing.

In this talk, Michael Potterton sheds some light on a range of aspects of Early Castles in Ireland

Denis Shine is a director of the Irish Archaeological Field School and a founding partner of the ‘Digging the Lost Town of Carrig’ project.

Michael Potterton is a lecturer in the Department of History, Maynooth University.

Stephen Mandal is a director of the Irish Archaeological Field School and a founding partner of the ‘Digging the Lost Town of Carrig’ project.

Catherine McLoughlin is a partner in Stafford and McLoughlin Archaeology, a heritage consultancy based in Wexford. 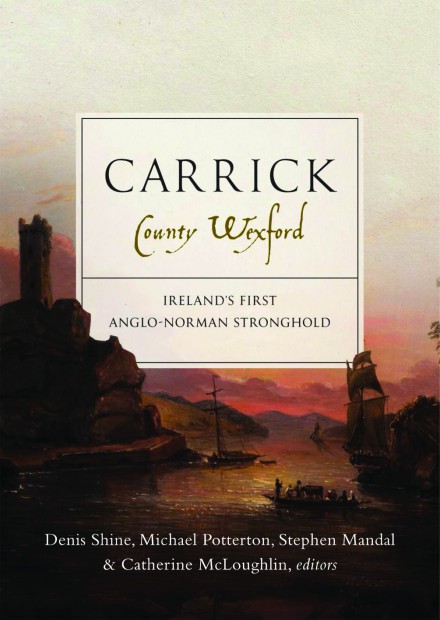