Arrogant Trespass is the first sustained treatment of the Anglo-Normans in Wexford since Orpen's century-old work. Profusely illustrated, meticulously researched and tightly written, this model study has stood the test of time and is now a classic of Wexford history.

Billy Colfer (1939-2013) was a native of Slade, on the Hook Peninsula, Co. Wexford. A graduate of St Patrick's College, Drumconfra, he taught at CBS Wexford until his retirement in 1997. This book, first published in 2002 by Duffry Press, is based on his doctoral thesis, which he submitted to Trinity College Dublin in 2000. His other publications include The Hook Peninsula (2004), Wexford: a town and its landscape (2008) and Wexford castles: landscape, context and settlement (2013). 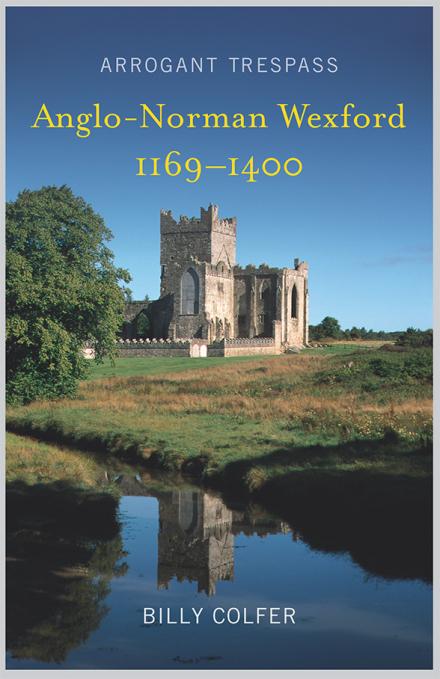