An Ulster slave-owner in the revolutionary Atlantic

The life and letters of John Black

Born in Ulster, John Black left Ireland for the West Indies in 1771 and never returned. Settling first in Grenada, he moved on to Trinidad in 1784 and established himself as a major slave owner and a prominent figure among the island’s planter elite. An Ulster slave owner in the revolutionary Atlantic presents and contextualizes a series of twenty revealing letters written by John Black during the period 1799 to 1836. Addressed to his brother George, who lived outside Belfast, Black’s letters represent an attempt to maintain familial relationships across the distance of the Atlantic and reveal the close connections tying Ulster to the West Indies during the early nineteenth century. They shed light on the difficulties of mercantile life in an age of political and economic unrest and, above all, offer a vivid portrait of a world that revolved around the institution of slavery – a world of which Ulster was emphatically a part.

Jonathan Jeffrey Wright lectures in British history at Maynooth University. His previous publications include The ‘natural leaders’ and their world: politics, culture and society in Belfast, c.1801–1832 (Liverpool, 2012) and (edited with Diarmid A. Finnegan) Spaces of global knowledge: exhibition, encounter and exchange in an age of empire (London, 2015). 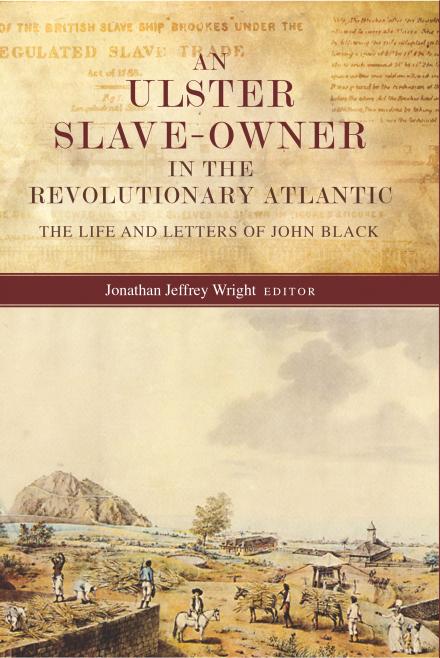