An Irishman’s life on the Caribbean island of St Vincent, 1787–90

From Ballylongford, Co. Kerry, Keane's Irish-West Indian odyssey brought him first to the British colony of Barbados and after 1763 to the Ceded Islands, which Great Britain acquired at the conclusion of the Seven Years War. From his base in St Vincent, he founded sugar estates rose through the ranks of colonial society and established a West Indian fortune.

As Keane's correspondence shows, he worked on behalf of Irish Atlantic interests that had become dispersed throughout the colonial world, including Catholic, Protestant and Non-Conformist merchants, as well as absentee Irish-West Indian planters and merchants in Barbados, Nevis and St Kitts, who looked to him to protect their interests in the colony. His letter book provides a rare look into the world of the plantation attorney and manager.

Mark S. Quintanilla is a historian of the Atlantic world and a two-time Fulbright Scholar, who edited much of this manuscript during a residence in St Vincent and the Grenadines. He holds a PhD and is a professor of history
at Hannibal-LaGrange University. 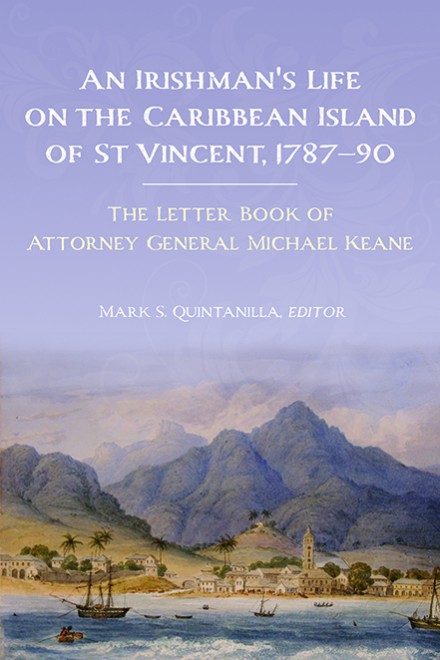