William Molyneux's The Case of Ireland’s Being Bound by Acts of Parliament in England, Stated

A critical edition with introduction and notes

Regarded as the most celebrated Irish political pamphlet published before 1801, William Molyneux’s Case of Ireland, stated (1698) was written to demonstrate that English statutes did not become of force in Ireland until they had been re-enacted by the Irish parliament. For all its fame, The Case’s mass of legal precedents and seemingly contradictory arguments make it a work that requires elucidation for the modern reader. This new edition presents a critical text, based on the manuscripts of The Case in the Trinity College Dublin library, together with explanatory notes, and a re-examination of the historical background and the sources on which Molyneux drew. The arguments in The Case, set out in a form analogous to presenting a legal case in court, are shown to be a significant response to the contemporary pamphlet debate on Irish woollen exports and the legal competence of the Irish house of lords, rather than the stand-alone publication the book has often been treated as.

Patrick Hyde Kelly is a fellow emeritus of Trinity College Dublin. A specialist in the history of political and economic thought in late seventeenth- and early eighteenth-century Ireland and Britain, he has edited Locke on money (2 vols, Oxford, 1991) for The Clarendon Edition of the Works of John Locke. 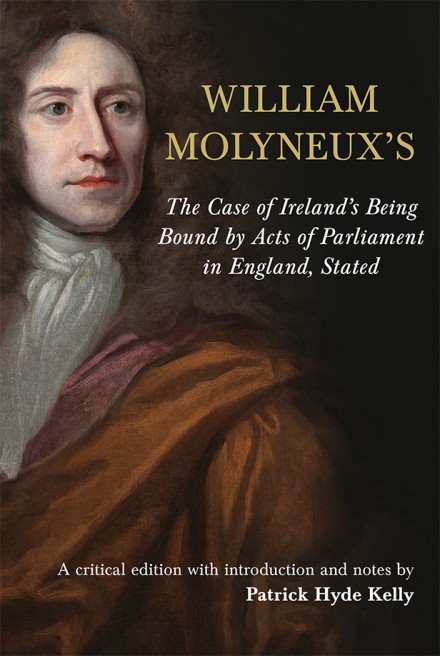