Walter Devereux, first earl of Essex, and the colonization of north-east Ulster, c.1573–6

Between the summer of 1573 and the autumn of 1575 one of the rising figures of the Elizabethan court, Walter Devereux, first earl of Essex, attempted to colonize the north-east of the province of Ulster in Ireland. This ‘Enterprise’, as Essex termed it, was undertaken with the aim of prising these lands away from the Irish lords of the region and planting colonies of English settlers there. Essex’s project was to end in utter failure, and his effort has become notorious for the atrocities perpetrated by his forces at Belfast in 1574 and on Rathlin Island in 1575. When Essex died in Dublin in 1576, his personal wealth had been decimated and Ulster remained as firmly resistant to crown encroachments as it had been in 1573. Moreover, the patrimony of his son and heir, Robert Devereux, had been considerably compromised, with major implications for the career of the more infamous second earl. This book presents the first full account of Essex’s ‘Enterprise’. In doing so it sheds light on the nature of Tudor government in mid-Elizabethan Ireland, and the limitations of the early modern state.

David Heffernan is a historian of Tudor and early Stuart Ireland. He currently holds an R.J. Hunter postdoctoral fellowship from the Royal Irish Academy at Queen’s University Belfast. 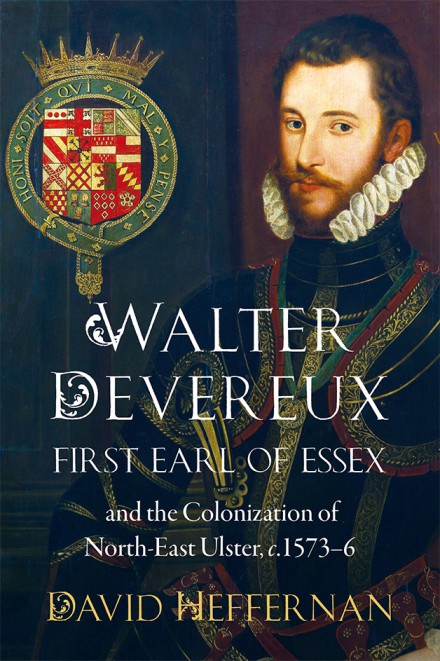