From United Irishman to liberal politician

This study of Valentine Lawless, 2nd Lord Cloncurry (1773–1853), provides a fresh perspective on the life of a late eighteenth-century/early nineteenth-century Irishman. During his sixty years in public life, Cloncurry was associated with almost every political or public event that occurred in Ireland at this time. Involved at the highest levels in the United Irishmen, he went on to forsake radicalism and to embrace Irish Protestant liberalism and a view of the Irish people as a nation that was clearly ahead of its time. Throughout the first half of the nineteenth century he had a profound influence on many aspects of Irish life. Lionized during his lifetime, his contribution is often overlooked, usually misunderstood and now almost totally forgotten.

As the most senior United Irishman to be allowed to return to Ireland after serving three years imprisoned without trial in the Tower of London, Cloncurry’s story serves as a salutary example of the difficulties and the challenges of someone with a radical past trying to settle in a post-Union Ireland and to deal with the prejudices and suspicions of the administration. This book examines his struggles to ameliorate the sufferings of his fellow Irishmen throughout the 1820s and 1830s irrespective of denomination, his aspiration to separate church and state and to divert tithes to the relief of the poor, his commitment to non-divisive education, his role as benevolent landlord and his plans for economic development through canal building and bog drainage. Moreover, it chronicles his sometimes difficult personal life, his often turbulent relationships with Daniel O’Connell, Robert Peel and the duke of Wellington, his rather unsuccessful career in the House of Lords and, what was often considered his greatest achievement, working for Famine relief during the 1845–8 period.

Karina Holton completed a PhD at Dublin City University. She has written several articles and contributed to and/or edited a number of books including Irish townlands (1998); Irish fairs and markets (2001); Irish villages (2004) and Trouble with the law (2007). 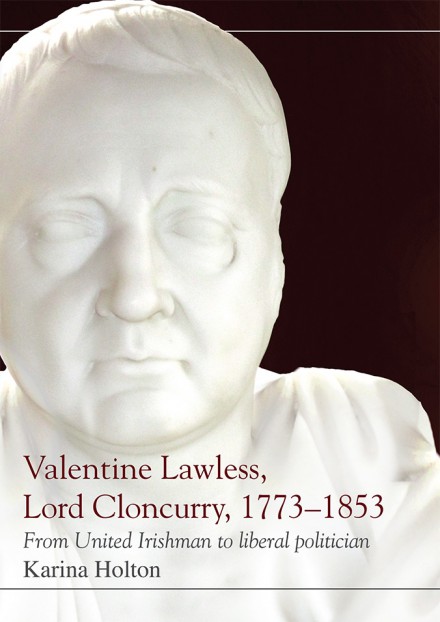