This study investigates the career of Thomas Bermingham, a professional land agent who was widely known in his day for his management of the Clonbrock estates in Galway and Roscommon between 1826 and 1843. It focuses on Bermingham’s efforts to manage and ‘modernize’ the Clonbrock estates, as well as his influential role in the promotion of Irish agricultural and infrastructural improvement before, during and after the Great Famine (1845–52). In the process, new light is shed upon the history of both Irish land agents and the culture of ‘improvement’ that rose to prominence throughout rural Ireland during the first half of the 19th century.

Cathal Smith holds a PhD from the National University of Ireland, Galway. His research explores 19th-century Irish history in comparative and transnational perspective, with a particular focus on landlord-tenant relations, agricultural modernization, elite ideology and politics. 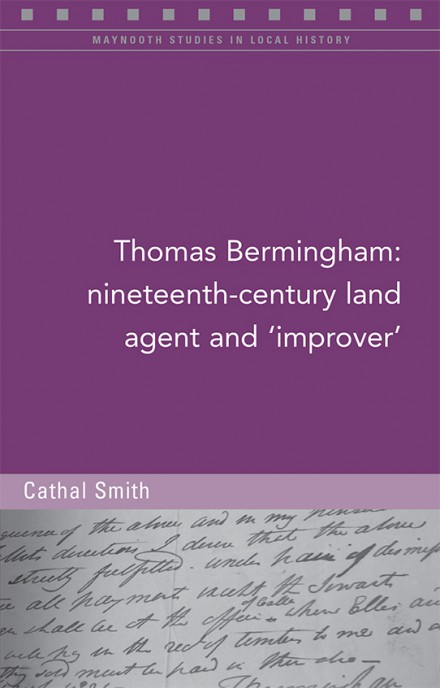