The making of medieval Derry

‘[T]his is a most comprehensive and in many ways a revolutionary work which [...] will stand the test of time and find a place on the book shelves of anyone who cares about the often colourful and complicated history of our people', Diarmuid Ó Doibhlin, The Furrow.

This new paperback edition of Ciarán J. Devlin’s The Making of Medieval Derry features an extensive range of indexes, prepared by Nollaig Ó Muraíle, that did not feature in the hardback edition. The two most important are of personal names and surnames, and of names of places and population-groups. In addition, there are a bibliographical index of authors and sources, and a general index. Running to a total of some 3,500 items, these indexes should greatly help the reader to understand the story told by Ciarán Devlin. It is a book that is a tale of saints and sinners, of churchmen and warlords, of scholars and craftsmen, of Derry itself as sacred city, as frontier citadel, as royal capital and episcopal see. The reader will ﬁnd here the record of a too-often forgotten past.

Ciaran J. Devlin was born in the parish of Badoney Lower, Co. Tyrone, and educated in Saint Columb’s College, Derry, and in Maynooth University. After his ordination he taught French and Irish in Saint Columb’s. He was subsequently appointed parish priest in Badoney Lower, where he served for nearly twenty years until his retirement, after which he was appointed as diocesan archivist and historian. He died on 22 August 2012. 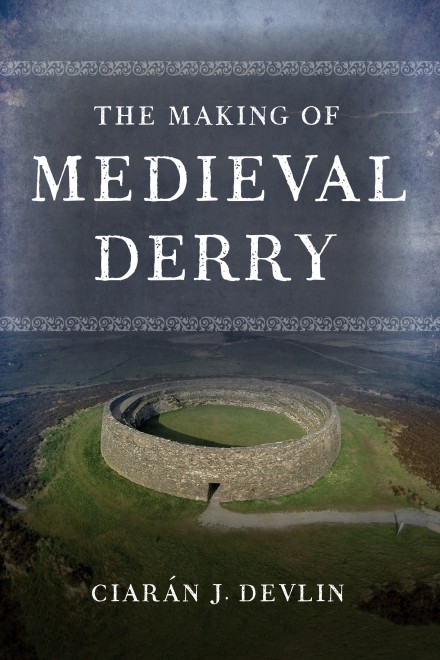