A short history and genealogical guide to the 'Poteen Hussars'

In the period 1832 to 1857, some 4,000 men served in the Irish Revenue Police, working to suppress illicit distillation. In this book, Jim Herlihy shows how to find information on them, providing an excellent resource for those interested in the history of the force, and of the period.

A chapter on the history and origin of the Irish Revenue Police and its predecessor forces engaged in ‘still-hunting’ is followed by one describing what a career in the Revenue Police might have been like, another on tracing your ancestors in the IRP, and a short memoir by Lieutenant Matthew Power (1820–84).

All this is followed by an extensive series of appendices filled with detailed information on the Irish Revenue Police and those who served in it, from the force's rank structure, to the distribution across Ireland of its divisions, stations and parties. The centrepiece of this is a complete list of every man who served in the IRP from 1830 to 1857.

There is also information on what happened to the Irish Revenue Police after the force was disbanded in 1857, including the gratuities many were given, and lists of those who went on to join the Royal Irish Constabulary, the Dublin Metropolitan Police and the Londonderry Borough Police.

Jim Herlihy, a retired member of the Garda Síochána and a co-founder of the Garda Síochána Historical Society, has worked on these sources for many years. His many publications include The Royal Irish Constabulary: a short history and genealogical guide (2016) and Royal Irish Constabulary officers: a biographical dictionary and genealogical guide, 1816–1922 (2005). 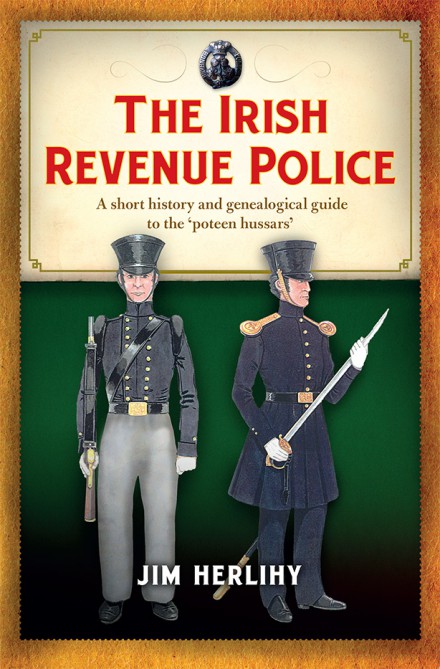