The history and heritage of St James's Hospital, Dublin

The history of St James’s Hospital stretches back to 1703 when an act was passed to build a workhouse on its site. Just under thirty years later a foundling hospital was added to the workhouse. The opening chapters discuss this period and the pitiful treatment of abandoned children.

When the Foundling Hospital was closed in 1829 the buildings were used to house the South Dublin Union Workhouse. The workhouse played a crucial role during the Great Famine, giving shelter to thousands of starving people. The buildings of the workhouse were commandeered by the 4th Battalion of the Irish Volunteers during Easter week 1916. After Independence the South Dublin Union was renamed St Kevin’s Hospital and became a municipal hospital for the poor of the city.

In 1971 three of the oldest voluntary hospitals in Dublin, Mercer’s, Sir Patrick Dun’s, and Baggot Street hospitals, amalgamated with St Kevin’s to form St James’s Hospital. Over a very short period of time St James’s Hospital became the largest teaching hospital in Ireland. This book describes the history of these developments and their impact on the city of Dublin.

Davis Coakley was formerly a consultant physician in St James's Hospital and professor of medical gerontology in Trinity College Dublin. He is the author of books on medicine, the history of medicine, and Irish literature.
Mary Coakley studied English and Italian in University College Cork. She has edited a number of books and has worked with Davis Coakley on  literary and historical projects. 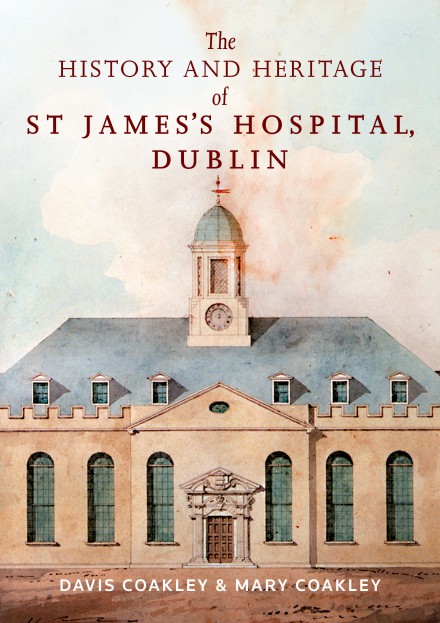