There has been a tremendous resurgence of interest in pilgrimage to Santiago de Compostela. In this book the author reveals a story of a much longer connection between Ireland and the pilgrimage than previously thought. Stories of men and women who went from Ireland to Santiago de Compostela in the Middle Ages tell of Irish involvement in one of the major pilgrimages of the medieval Christian world. The long and hazardous journey by land and sea to the shrine of St James in Galicia was not undertaken lightly. This innovative book explores the varied influences on and motivations of the pilgrims, as well as the nature of medieval travel, in order to understand when, why and how pilgrims from Ireland went to Santiago in the heyday of the pilgrimage, between the twelfth and fifteenth centuries. It draws on official documents, historical chronicles, literary texts, saints’ Lives and archaeological finds to uncover stories of those Anglo-Norman and Gaelic pilgrims who ventured beyond the confines of their local communities in search of salvation and perhaps a little adventure.

Bernadette Cunningham is deputy librarian of the Royal Irish Academy in Dublin. She is author of The world of Geoffrey Keating (Dublin, 2000) and The Annals of the Four Masters: Irish history, kingship and society in the early seventeenth century (Dublin, 2010). 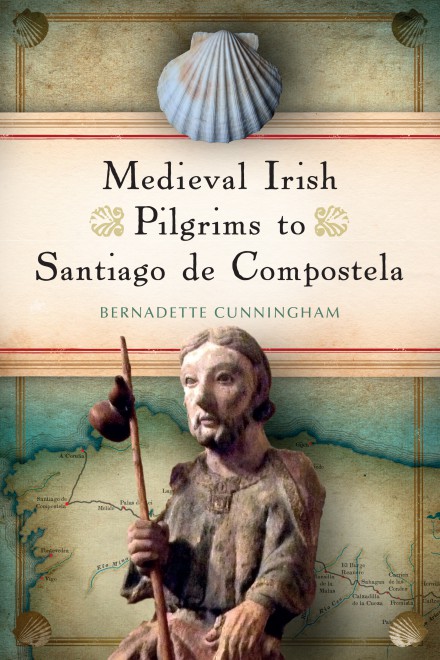