'Reading is for the improvement of the understanding' wrote John Locke, and this sentiment fostered the idea of 'mutual improvement' in the eighteenth and early nineteenth centuries. It underpinned the spread of rural workers' reading societies in Ulster and urban middle-class private subscription libraries among the Anglo-Irish and educated Catholics, paralleled by the growth of commercial circulating libraries that concentrated on light fiction. But libraries could be controversial. In 1798, libraries were destroyed by government troops – knowledge in its printed form was considered dangerous by some, while the rise of Protestant tract societies encouraged Catholic chapel and other local religious libraries for the poorer classes. The crucial idea behind all of these libraries was that of borrowing books held in common, with the borrower having freedom of choice over what was borrowed. Private libraries too, demonstrate how they related to ideas of 'self-help' and reveal networks of book borrowing, as in the case of Maria Edgeworth. This book explains the rise of these libraries in the context of their times, with a substantial appendix that identifies them by name, address, date and type, with bibliographical and, where necessary, archival references.

Keith Manley works for the National Trust as a library cataloguer. He co-edited The Cambridge history of libraries in Britain and Ireland, vol. 2: 1640–1850 (2006) and is the author of Books, borrowers, and shareholders: Scottish Circulating and Subscription Libraries before 1825 (2012). 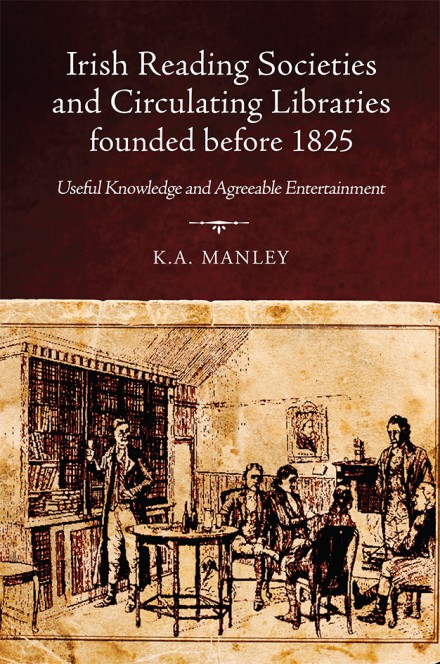