Fleeing from famine in Connemara

James Hack Tuke and his assisted emigration scheme in the 1880s

Between 1882 and 1884, the English Quaker and philanthropist James Hack Tuke assisted nearly 5,000 people, mainly families, to emigrate from Connemara – paying for their passage and arranging for their settlement in Canada and the United States. The objectives of the Tuke Fund were to remove the surplus population and create viable holdings for those who remained, and initiate chain migration. Initially, the Tuke Committee provided the funding in 1882, but it soon realised the magnitude of the task and in 1883 and 1884 secured government financial assistance for the scheme. Despite opposition, Tuke felt it was the only short-term solution to poverty and destitution in Connemara.

Gerard Moran is a researcher at the Social Sciences Research Centre, National University of Ireland Galway and has published extensively on 19th-century Ireland, including Sending out Ireland’s poor: assisted emigration to North America in the nineteenth century (Dublin, 2004). 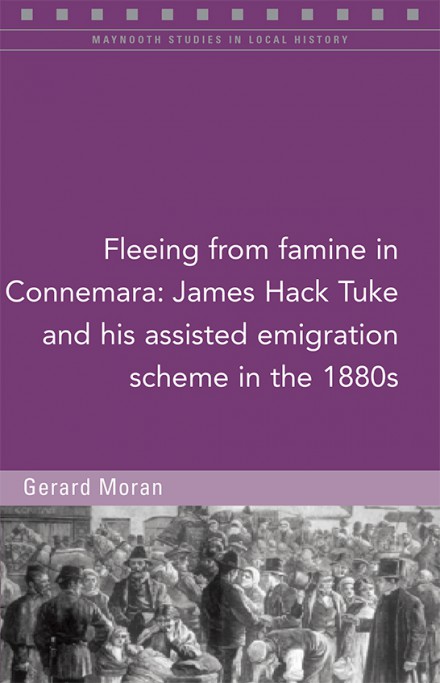