'Provides an insightful contribution to the historiography of Derry/Londonderry. Much of this research is based on newly released sources and therefore, of immense value to our understanding of the complex and hugely conflicting historical narratives of this city', Ireland's Genealogical Gazette (Dec. 2018).

'[Derry] was unique in its demographics and geography ... Grant presents a perspective that is ordinarily overlooked', History Ireland (Mar.–Apr. 2019).

'Grant .. finds internal differences within his area of study - in his case between city and county. As he shows, the violence in Derry city (and the experience of this) was very different from the rest of the county. His chapter on the summer of 1920 is superb in showing how the city became, as one activist described it, 'like a town on the Western front' ... One key witness, used cautiously, is Charlie 'Nomad' McGuinness ... His own account of shooting a woman in the street who disrespected the corpse of a comrade is certainty chilling and is not the only disturbing one.' Seanchas Ard Mhacha 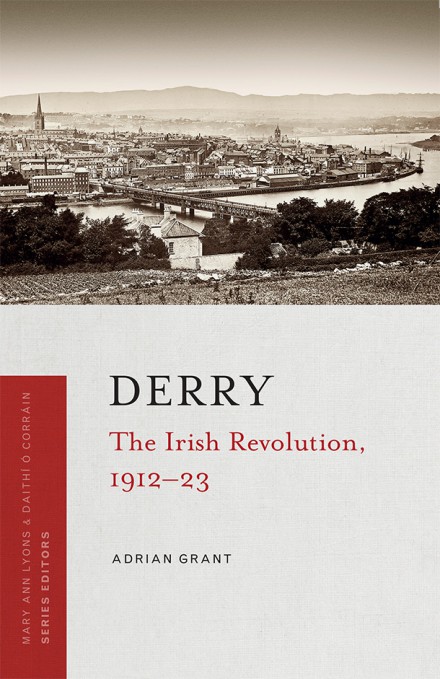