The grave of Theobald Wolfe Tone, its monuments and its pilgrimages

Bodenstown revisited is about a place of memory and pilgrimage often mentioned in history books but never before treated as a subject meriting an entire book. It surveys the grave of Theobald Wolfe Tone during the 185 years after his death in 1798, noting its silence for the first 45 years, its discovery by Thomas Davis in 1843, the placing of memorials in 1844, 1873, 1895 and 1971, the annual visits by political pilgrims from 1873, the logistics of organizing pilgrimages to a rural location, the crowds who descended on Bodenstown or paraded to the grave, the graveside orators who achieved fame or infamy, all assessed with regard to the political and social backgrounds of the changing times. Many well-known figures make significant appearances: Matilda Tone, John Devoy, John Daly, Fred Allan, James Connolly, John MacBride, Tom Clarke, Patrick Pearse, Sean O’Casey, Constance Markievicz, Mary MacSwiney, W.T. Cosgrave, Éamon de Valera, Frank Aiken, Brian O’Higgins, Peadar O’Donnell, Seán MacBride, Tomás Mac Giolla, Roy Johnston and Ruairí Ó Brádaigh.

C.J. Woods retired in 2006 from the Royal Irish Academy, where he was employed on its New history of Ireland and Dictionary of Irish biography projects; he was also an occasional lecturer in history at Maynooth University. 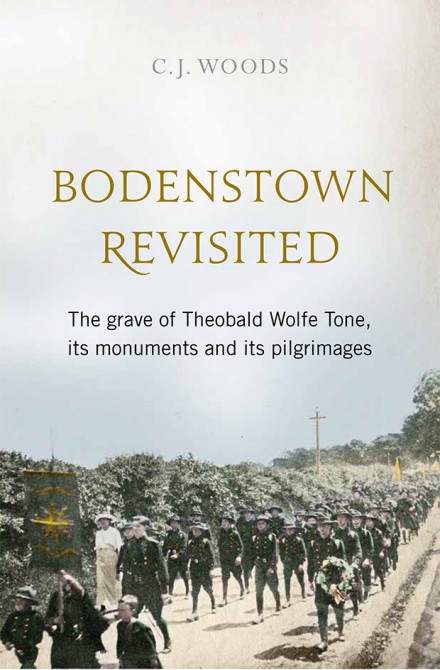