'This engaging, subtle book uses many perspectives, historically and theoretically informed, to explore Irish domestic space. Two fine Vona Groarke poems frame the whole; five short spell-binding memoirs by writers and seven essays by leading scholars plot the course, as does Richman Kenneally’s excellent introduction on the spatial turn in Irish Studies. A beautiful “visual essay” illuminates the volume’s journey through Irish spaces from crowded to bare. Home: place of dream and longing, theatre of material aspiration and happy memory, locus of deep meaning, rooted in the earth, but also of confinement, hopelessness, and bitter struggle. The book never labours its points, but its creative disruption of given narratives in Irish Studies is not to be missed',
Patricia Coughlan, University College Cork.

This collection of short memoirs and critical essays explores the relation between home as metaphor and symbol, and home as a physical, material and spatial entity. In the first section, ‘Our house’, Colette Bryce, Eiléan Ní Chuilleanáin, Theo Dorgan, Mary Morrissy and Macdara Woods remember houses from their childhoods and show, in Ní Chuilleanáin’s words, how the house is a ‘way of understanding the world, its differences and boundaries’. In the second section, entitled ‘Their house’, Angela Bourke, Nicholas Grene, Adam Hanna, Howard Keeley, Lucy McDiarmid, Maureen O’Connor and Tony Tracy look at domestic sites as various as Maeve Brennan’s childhood home in Ranelagh and Synge’s stage spaces. An essay by Rhona Richman Kenneally serves as a conceptual introduction to the collection, and framing poems by Vona Groarke suggest a poet’s version of ‘How to read a building’.

A stand-alone visual essay of images and discursive captions featuring domestic spaces addressed in the contributions supports this book’s emphasis on the Irish home as a vibrant space of personal and national identity formation.

Rhona Richman Kenneally is a professor of design, architecture and the built environment, and former chair, of the department of design and computation arts at Concordia University. She is co-founder and a fellow of Concordia’s School of Irish studies, and has been the editor of the Canadian Journal of Irish Studies since 2010. Her research and publications on Ireland have been funded by the Social Sciences and Humanities Research Council of Canada and focus on women’s work and agency in domestic space during the mid-twentieth century, with particular attention to evolving food-related activities and technologies in the home. Lucy McDiarmid is the author or editor of eight books, including most recently At Home in the Revolution: what women said and did in 1916 (2015), Poets and the peacock dinner: the literary history of a meal (2014; paperback 2016) and The Irish art of controversy (2005). The recipient of fellowships from the Guggenheim Foundation, the Cullman Center for Scholars and Writers at the New York Public Library, and the National Endowment for the Humanities, she is Marie Frazee-Baldassarre Professor of English at Montclair State University. She is currently writing a book on contemporary Irish poetry. 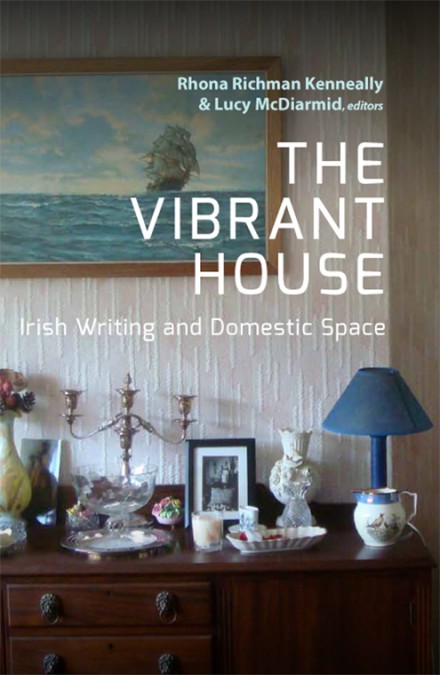