For centuries, working-class Irish women survived as street traders, selling fruit, vegetables and second-hand clothing. In Cork they were known as ‘the Shawlies’ because of the distinctive, traditional black shawls they wore on the streets late into the 20th century. Their role was central to life and trade in the open marketplace of Corn Market Street, known locally as ‘the Coal Quay’. In the months following the establishment of the Irish Free State, the wholesale grocer, Musgrave Brothers Ltd, wanted to expand its operations and build a new facility on Corn Market Street. The firm exerted pressure on the local authority in Cork to ban street trading. In 1926, the Irish Free State government introduced the Street Trading Act, insisting it was fair legislation needed to regulate street trading. In practice, it limited the rights of the Shawlies to earn, and facilitated their disappearance from the streets. This study assembles the first narrative of the lives of the Shawlies, and places it within the story of the larger strategies of governance that came to shape Cork’s urban landscape.

Susan Marie Martin holds a PhD in Applied Social Studies from University College Cork. Her research focuses on the impact of modernity and gentrification on the urban poor, particularly women who eke out subsistence earnings as street traders. 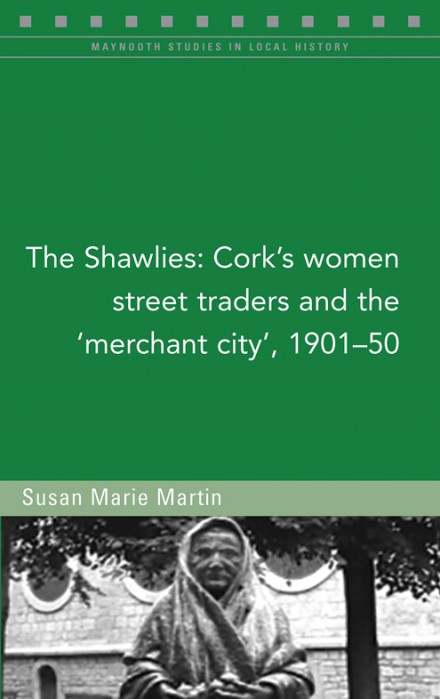