This publication aims to re-constitute a micro-community of 132 families living in Church Street in the heart of the worst slums in Dublin, using the 1911 census as main primary source. One of the oldest streets in Dublin, Church Street became notorious as the epitome of tenement housing in September 1913 when nos 66 and 67 collapsed, leading to public outcry and a subsequent report that depicted the extent of the housing crisis. Focusing on the families living in nos 39–76 in 1911, the census enables these tenement dwellers to emerge from anonymity as real people living in real families. The study reveals the horrific child mortality rates, the low levels of literacy and the extent to which families lived in single-room dwellings. It also identifies those few who had occupations likely to give an income above the bare minimum, the very small number of Protestant families and the even smaller number of people who completed their census form through the medium of Irish. Combined with prison, workhouse and newspaper records, the census provides a fascinating glimpse into the lives of this community on the eve of the First World War.

Janet Moody is a retired lecturer in teacher education at the University of Limerick. She has a background in teaching, distance education, editing and broadcasting. 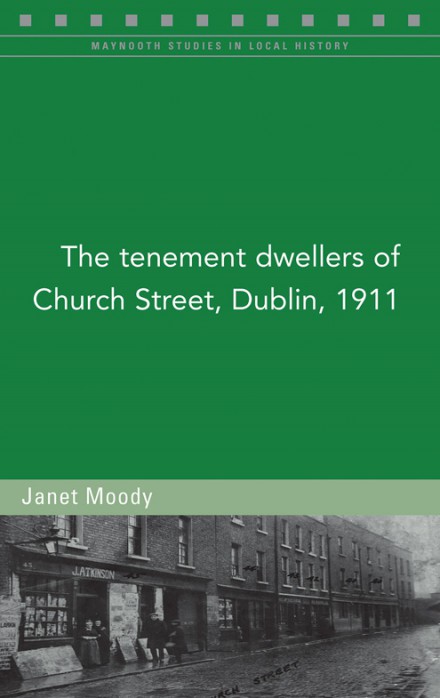