This short book examines Stradbally Hall’s landscape in a period that saw profound changes during the 18th century. It takes the perspectives of four diverse groups within contemporary society – the owners, tenants, cartographers and visitors – and examines their various roles in the landscape’s rural and urban projects. The story begins within the demesne as viewed by members of the Cosby family, who utilised the landscape to convey messages of power, rank, authority and taste. From here, it moves to the town and wider tenanted lands and follows the tenants’ role in the landscape’s emerging shape, form and character. It then shifts from those who inhabited Stradbally Hall estate and examines the role of professional cartographers who delineated its lands and represented its landscape in map form. The final chapter looks to those who came to Stradbally and viewed, commented upon and depicted its landscape, both as a product of enlightened culture and as a place for Queen’s County’s high society. The 18th century saw significant changes to the landscape of the Stradbally Hall estate, and each group was involved in a specific way, which makes this a unique story, owing to the particularity of its locality and people concerned. 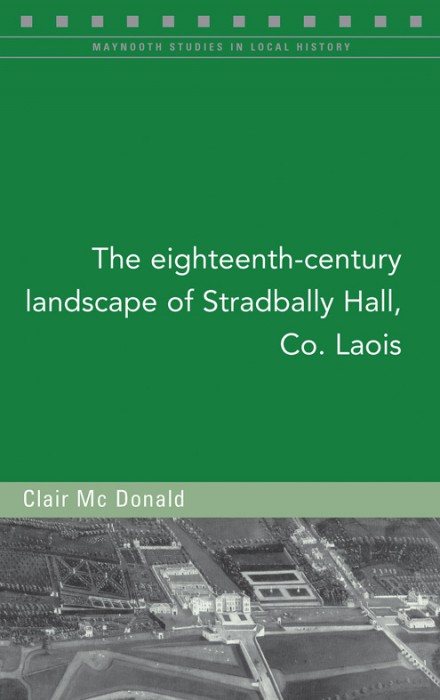