O'Neill, Mountjoy and the military revolution

The Nine Years War was one of the most traumatic and bloody conflicts in the history of Ireland. Encroachment on the liberties of the Irish lords by the English crown caused Hugh O’Neill, earl of Tyrone, to build an unprecedented confederation of Irish lords leading a new Irish military armed with pike and shot. This book is an important reassessment of the military dimensions of the Nine Years War, as situated in the wider context of European political and military history.

Backed by Philip II of Spain, Tyrone and his allies outclassed the forces of the English Crown, achieving a string of stunning victories and bringing the power of Elizabeth I in Ireland to the brink of collapse. The opening shots were fired in Ulster, but from 1593 to 1599 war engulfed all of Ireland. The conflict consumed the lives and reputations of Elizabeth’s court favourites as they struggled to cope with the new Irish way of war. Sophisticated strategy and modern tactics made the Irish war appear unwinable to many in England, but Lord Mountjoy’s arrival as deputy in 1600 changed everything. Mountjoy reformed the demoralized English army and rolled back the advances achieved by Tyrone. Mountjoy’s success was crowned by his shattering defeat of Tyrone and his Spanish allies at Kinsale in 1601, which ultimately led to the earl’s submission in 1603, though not before famine, misery and atrocity took their toll on the people of Ireland.

This book rewrites the narrative and interpretation of the Nine Years War. It uses military evidence to show that not only was Irish society progressive, it was also quicker to adopt military and technological change than its English enemies.

James O’Neill is an archaeologist and an alumnus of the QUB History department. He completed a two year post-doctorate fellowship in the School of History, University College Cork, before returning to Belfast where he now works as a heritage consultant, specializing in battlefield/conflict archaeology. 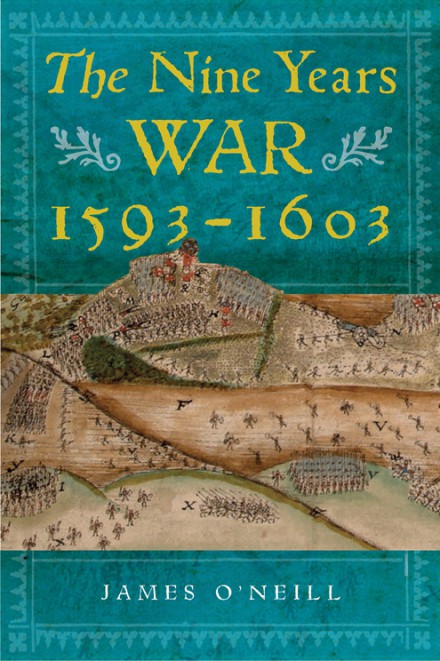