‘A clear-eyed commitment to uncovering the experience of revolution in Monaghan, however messy or disillusioning, informs Dooley’s general approach … rich, but always accessibly presented scholarship, [is] to be found within this superb county study. In sum, Dooley’s book is a feast, a triumph, and a treat’, Tim Wilson, Irish Literary Supplement (Autumn 2018).

'This county’s story during the War of Independence (1919–21) and the Civil War (1922–23) and the impact the of partition on its social fabric, especially amongst the unionist population, is extremely well researched and and presented by Terence Dooley. The copious notes, extensive bibliography and the wonderful photographs, some of which are family groups and another described as “unidentified Monaghan IRA volunteers” make this book a real gem for anyone with ancestral connections to County Monaghan', Ireland's Genealogical Gazette (June 2017).

‘Between 1912 an 1923, Monaghan had greatly changed politically, socially and economically and this book charts that information', Peter Mulready, The Irish Sword (Summer 2017).

‘This study is to be welcomed. By his judicious use of archival material from the “big houses” Terence Dooley provides an account of the revolutionary years in Monaghan, exemplary for its fairness and balance',  J.A. Gaughan, The Irish Catholic (2017).

'Terence Dooley of Maynooth University, drawing on an impressive range of local national sources and new research, writes on the experience of his own native county of Monaghan in a thematic and chronological approach ... As would be expected from the historian of the Centre for the Study of Irish Historic Houses and Estates, the Big House families loom large ... Dooley offers a preliminary assessment of the winners and losers in the Irish revolution in county Monaghan as the two Irelands emerged', Martin Maguire, Studia Hibernica (2018).

'Terence Dooley's new book on Monaghan from 1913–1932 provides readers with a more localised, and therefore more detailed, view of the 'crooked road to perdition' and beyond. But its significance is by no means restricted to the byways and indeed in some cases the ultimately 'unapproved roads' of a single county, given the important geographical and political role of Monaghan in the decade under scrutiny ... [it] deserves an audience far beyond the borders of the 'frontier county'. A high standard has been set for its successors', Richard McMinn, Familia (2017).

'For Monaghan, Terence Dooley shows how events there were influenced by happenings elsewhere in the north-east: again, reflecting no county is an island ... Dooley is particularly worth reading on the question of violence and how it affected those implicated, as well as those carrying it out.' Seanchas Ard Mhacha 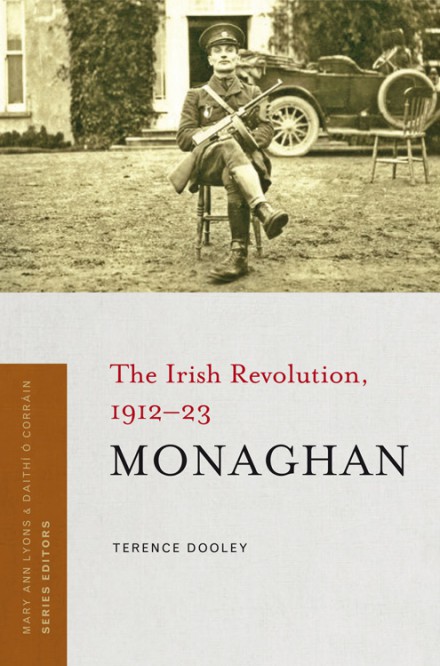