In his own words

“IN THE dynamic and feckless on-line world of modern democratic politics, reputations which took years to build, can be shredded in a day, and complex public figures reduced to holograms of one fatal word or deed; no matter which way you look at the picture, the same tarnished image greets you. Others, who loomed large on the little screen in the corner of the room for decades can be utterly erased from the popular mind in a few short years. Neither of these tragedies has befallen John Hume. His particular misfortune is to have become a saint. His good fortune is to have been a human one. This collection of Hume’s speeches, articles and interviews, organised in chronological order and interspersed with the pensées of the editor (university lecturer, sometime public representative, and longstanding colleague of Hume’s) won’t tarnish the halo, though it will allow a little more shade to contrast with the brightness of Hume’s reputation … Although a visionary, he was never an ecstatic, and this book plots his many initiatives in social and economic as well as political spheres. He had a restless intelligence and, despite his reputation for having what journalists called his ‘single transferable speech’, was always refining and expanding and explaining his ideas … Today, at a time when the level of trust between and within these islands is at its lowest point since the early 1980s, Hume’s words in this book will serve as a standing witness to the fact that relationships matter, and that violence is always counterproductive, destroying what it seeks to create. He never allowed himself to become what his enemies wished on him, someone compromised by violence … John Hume (whatever you may feel about his claim to beatitude) had a real claim to be in the apostolic succession of Rosa Parks. Non-violence was at the innermost core of his beliefs, and his moral struggle against republican violence was never forsaken. This, along with his persistence in both working with and limiting the ambitions of the gargantuan egos of the political leaders of the United Kingdom, Ireland and the United States, was an achievement which he alone of his generation was equipped to make. As this collection demonstrates, his reputation is beyond the reach of internet trolls. The Most Revd John McDowell, Search. A Church of Ireland Journal, vol. 44.3 (Autumn, 2921) 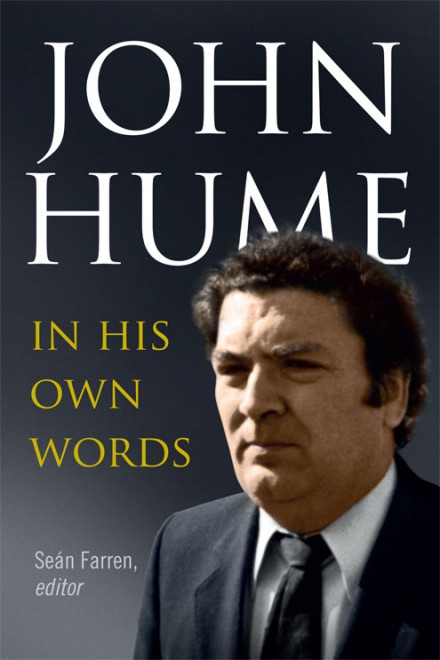