Cultural discourse in the periodical press

'Meticulously researched and beautifully presented, Ward’s book is a valuable and original contribution to the existing historiography, which sets itself apart by the careful attention to detail that is paid to highlighting the distinctions between differing opinions on the four seminal themes. In emphasising the alternative narratives that were espoused in the periodical press in 1912, Ward compellingly concludes that “many of the key conceptions of nationalism that fed into the creations of the [Irish] Free State were already evident and in practice a decade prior to the Irish revolution” (206). This is a refreshing and timely reminder that in the aftermath of the commemorations of the centenary of the Easter Rising, whilst politically Ireland may have been shunted onto a new path by the events following Easter 1916, socially and culturally, this was not necessarily the case', Steven T.M. Egan, Irish Studies Review (2018).

'The Ireland that emerged after 1916 is usually portrayed as fundamentally different from the one envisaged for the post-Home Rule period. In some respects, it was. However, one of the more interesting conclusions of this study is how “many of the key conceptions of nationalism that fed into the creation of the [Irish] Free State were already evident and in practice a decade prior to the Irish revolution”. The aspects of social and cultural life that this book highlights include ‘impure’ literature, female suffrage, national and ‘foreign’ sports, music and the literary revival as they were represented in the periodicals and newspapers under consideration ... [T]he fascinating material ... provides a useful corrective to the “All changed, changed utterly” trope commonly used in relation to the 1916 Rising', Felix Larkin, Irish Catholic. 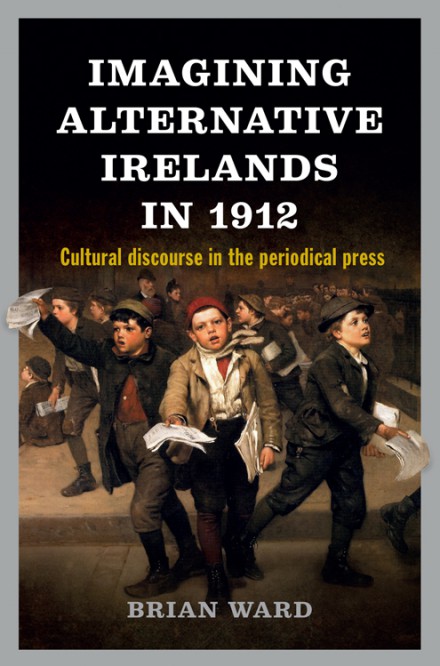