Food rioting in Ireland in the eighteenth and nineteenth centuries

The 'moral economy' and the Irish crowd

'James Kelly’s latest book opens up a subject largely neglected by Irish historians – the incidence, causes and consequences of on food rioting in eighteenth and early nineteenth century Ireland ... This important book demonstrates that food rioting reveals much about how Irish society struggled with the challenges posed by massive demographic expansion, increasing commercialisation and intermittent subsistence crises, both natural and man-made ... it does much to put the politics of food firmly back into debates about the social, economic and political history of pre-famine Ireland', Patrick Walsh, Irish Studies Review (Jan. 2019).

'James Kelly's book ... is a long overdue reconsideration of the history of food protests in Ireland ... Kelly is to be commended for recovering and documenting a long tradition of food rioting and protest in Ireland that lasted at least a century and a half. It is essential reading for anyone interested in the history of social movements in Ireland ... superbly produced', T. Mac Sheoin, Interface: a journal for and about social movements (2018). 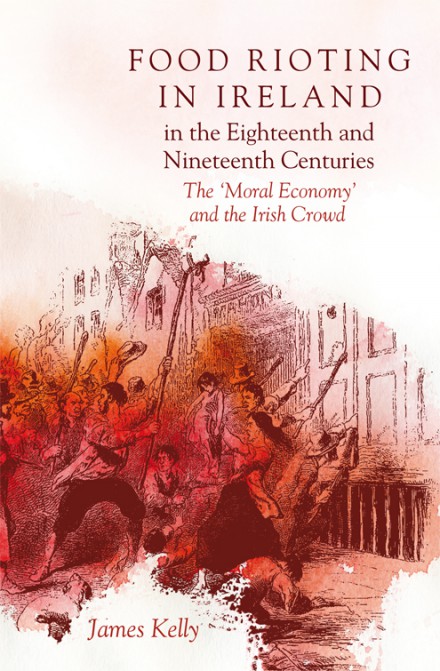