‘[This] is the seventh volume in an extraordinary series called The Making of Dublin City … Brady’s book is both a magnificent work of scholarship and a fascinating read for any Dublin who lived through this period … this new book is the study of a 1960s Dublin where there was constant tension between the old and new; between correctly knocking down dangerous tenements and trying to preserve the unique qualities of a city still viewed as essentially un-Irish by so many TDs deciding its future’, Dermot Bolger, The Herald (May 2017).

‘This book is an essential read for the local historian, social historian and architectural historian, and indeed, for all with an interest in the development of Dublin and its suburbs. It is a fascinating story, exceptionally illustrated and with a copious bibliography’, Michael Merrigan, Ireland's Genealogical Gazette (April 2017).

'Dublin in the 1950s and 1960s asks questions about being urban and Irish through a focus on the hinge decades between the Ireland of de Valera and the Ireland of Charles Haughey ... this book is a most valuable addition to the shelf of books which contribute to Ireland's attempts to understand and define its urbanness', R.J. Morris, Irish Literary Supplement (Autumn 2018). 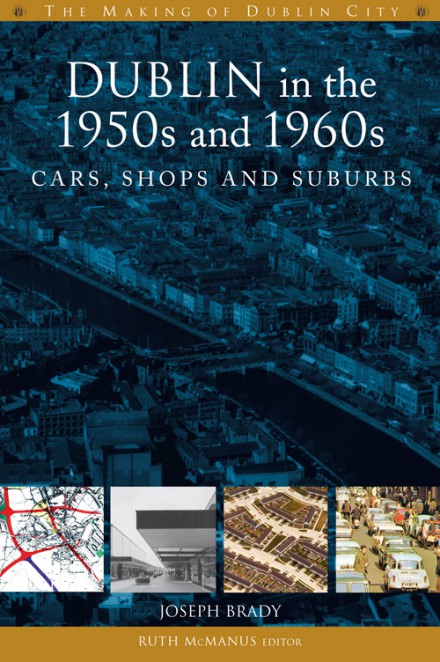