The period from the death of Parnell to the Home Rule crisis is popularly thought to be somewhat stagnant posited between more momentous events. The fracturing of the Irish Party and the resulting void of a political focus was filled by a new, more radical discourse influenced by the cultural and literary revivals and the development of a more informed nationalist identity and objective. Progressive legislation in the areas of land purchase, local government and education, facilitated the movement into local politics of a more advanced nationalist cohort, from within and without constitutional nationalism, as the political influence of the local landed elite was being eroded. Examining the changing composition and conduct of the political elites in Fingal helps understand the conditions that preceded and ultimately influenced the Irish revolutionary period.

Declan Brady is a science graduate of University College Dublin and a history masters graduate of Maynooth University where he is currently a John Hume scholarship PhD candidate in history. He lives in Swords, Co. Dublin. 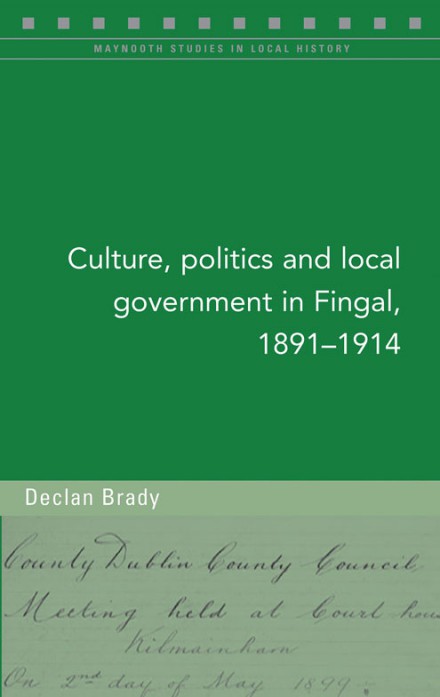