The changing fortunes of an Irish country house

Castle Hyde is one of the most important surviving country houses in the south of Ireland. This book details its rise as a country residence during the heyday of the Irish landed class, when great architectural piles symbolized wealth, social standing and political power. It examines the fatal consequences that the Great Famine had on the Hyde family, forcing them to sell the mansion and estate, a sale that was characterized by skulduggery and intrigue. Post independence, when hundreds of similar mansions were disappearing from the Irish landscape, Castle Hyde was purchased by an American publishing tycoon, Henry Laughlin, who turned it into a social hub where American authors, academics, statesmen, entertainers, and even the Boston Symphonic Orchestra gathered in the decades from the 1920s to the  1980s. Following the death of Laughlin and the sale of the house, Castle Hyde fell into near ruin. However, it was purchased in 1999 by Irish-American entertainer, Michael Flatley, whose investment in its restoration and regeneration has provided it with a life line it might not have had.

Professor Terence Dooley teaches in the History Department at Maynooth University, where he is also Director of the Centre for the Study of Historic Irish Houses and Estates. His latest book is Monaghan: the Irish revolution 1912–23 (Dublin, 2017). 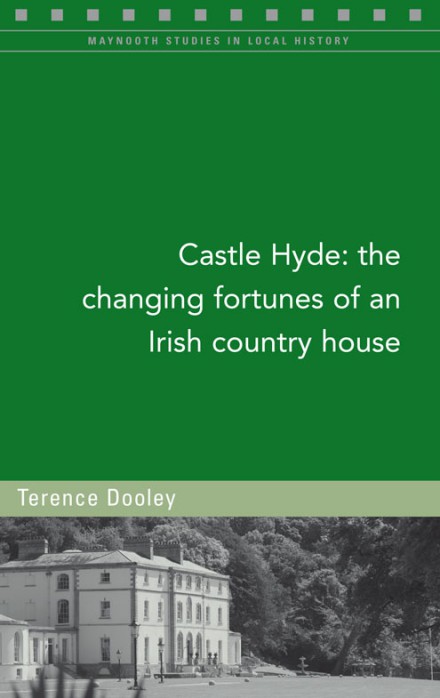