Essays in honour of Gerard Gillen

This gathering of seventeen specially commissioned essays and two original editions of music honours the manifold achievements of Gerard Gillen as organist, church musician, university professor and scholar. A musical offering includes new research on the history of church music in Ireland, a sequence of organ studies devoted to the instrument, its repertoire and its practitioners, essays on European sacred music, liturgy and performance, and essays in textual transmission history and cultural history. The contributors to this volume are friends, colleagues or former students of Professor Gillen's (many are all three), and the topics they engage reflect the breadth of his own interest in the vast domain of European church music and beyond. The prominence afforded in this book to composers such as Jehan Alain, J.S. Bach, Anton Bruckner, Allesandro Cellini, Antonín Dvořák, André Fleury, Jean Langlais, Gaston Litaize, Seán Ó Riada and Franz Schubert is richly contextualized in a host of different settings. These include the Roman Catholic liturgy, cultural nationalism as a preoccupation of Irish musicology, the narrative of church music from 1800 to the present day, church music and Irish traditional music, the organ in Irish music festivals, church music education in France, the technical development of the organ in Germany and the work of individual organists and church musicians in Ireland and continental Europe.

Kerry Houston is head of academic studies at the DIT Conservatory of Music and Drama, and director of the Research Foundation for Music in Ireland. Harry White is professor of historical musicology at UCD, where he holds the chair of music. 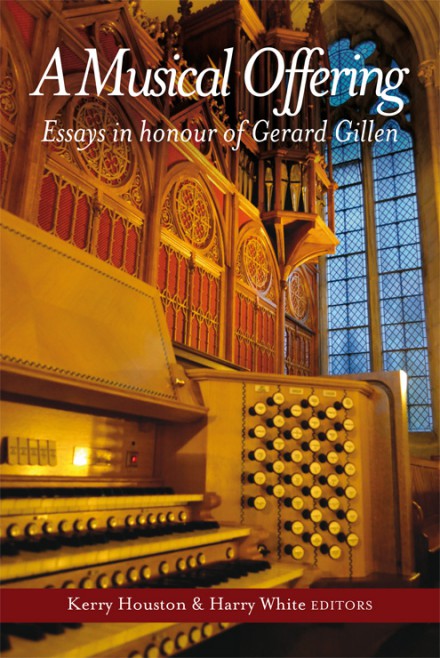